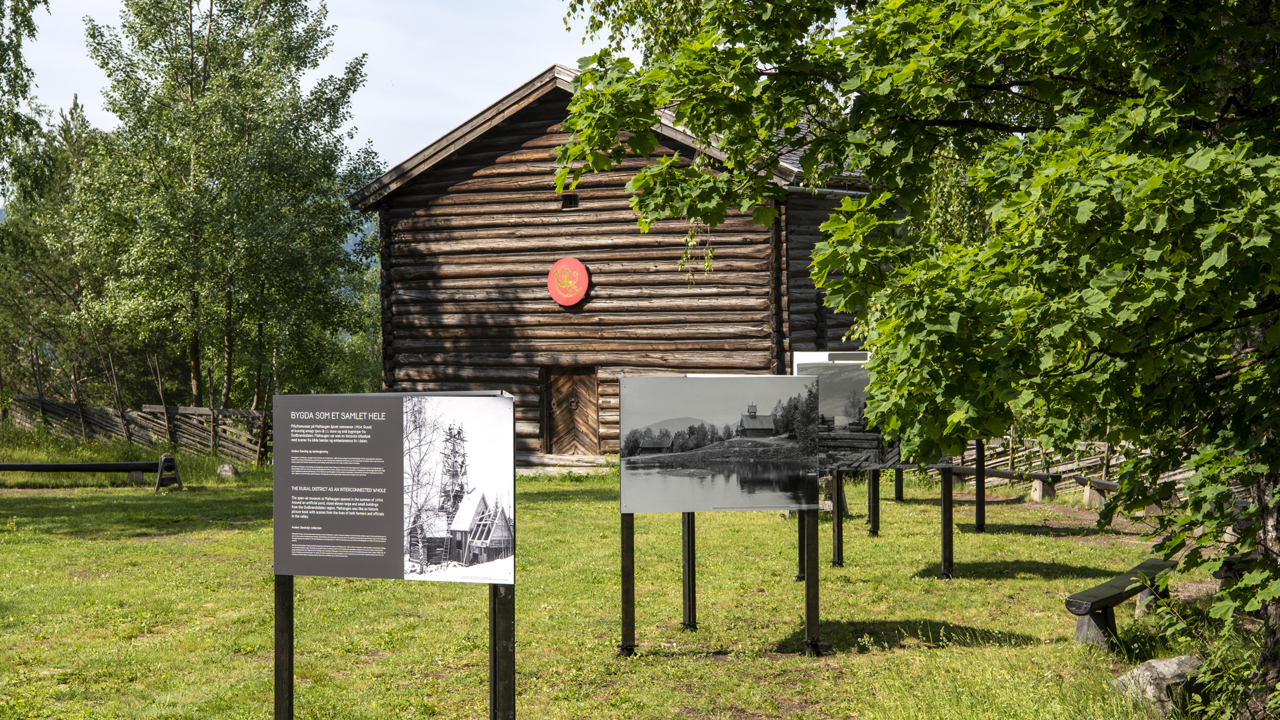 The rural district as an interconnected whole

Outdoor photo exhibition on the history of the open-air museum.

The open-air museum at Maihaugen opened in the summer of 1904. Around an artificial pond, stood eleven large and small buildings from the Gudbrandsdalen region. Maihaugen was like an historic picture book with scenes from the lives of both farmers and officials in the valley.

Maihaugen’s founder was the dentist Anders Sandvig. On his numerous journeys for work in Gudbrandsdalen he became much into preserving the traditional farming culture.

Anders Sandvig by the lake Nordre Tjern and the Fishermen's chapel in 1904 (where Garmo stavechurch is now located).
Photo: Fotograf Skarpmoen

He started by collecting objects and individual buildings from the Gudbrandsdalen region. Eventually, he wanted to show an entire farm, and over time churches, a school, village halls, the homes of craftsmen, fishing shacks and mountain farms became part of his collection.

Sandvig wanted to show that rural districts are an interconnected whole.

Also see our other exhibitions.