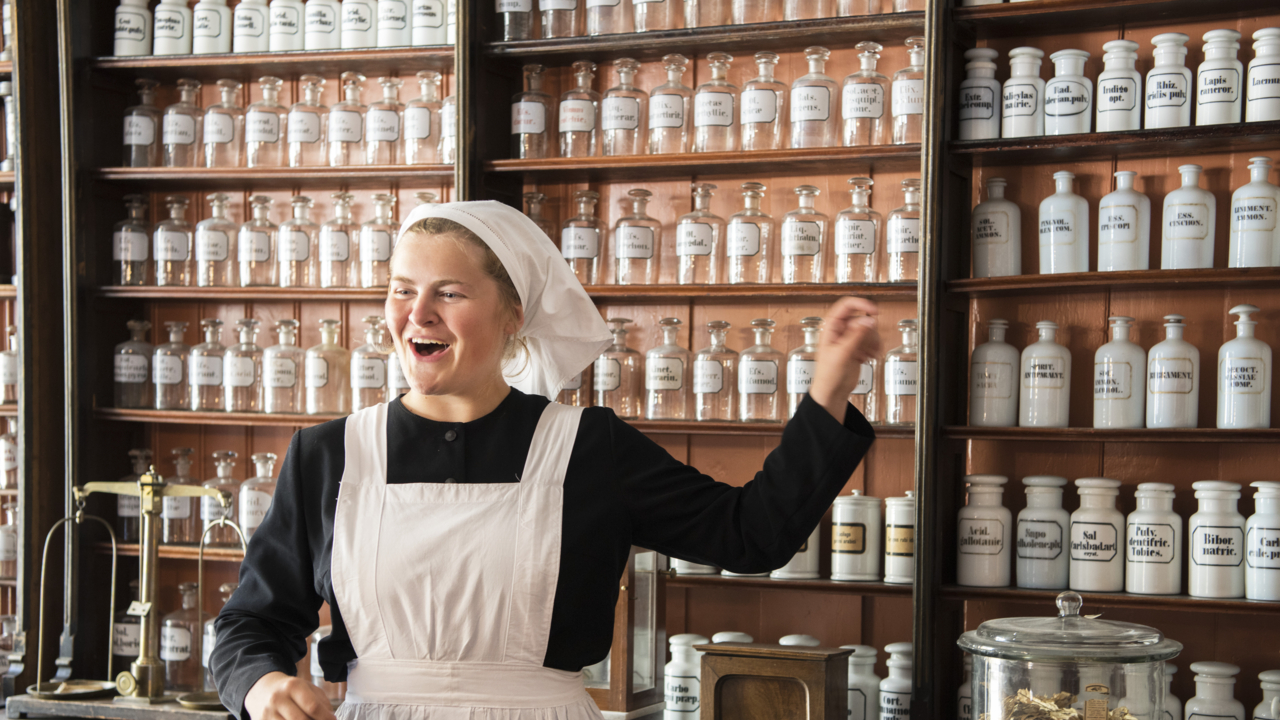 Maihaugen / The open-air museum / The Town / The Pharmacy

This is a chemist’s from the late 1890s consisting of one room in which drugs were made, one where they were sold, and a storeroom. Shelves cover much of the storeroom, and the majority of the jars have belonged to a chemist’s which still exists today.

The office faces the backyard and it has two beds and a table which was both a   working table and a dining table. During the day, women would sit in the office next to the fire and make pills. Chemists were usually available around the clock, and most often the apprentice slept in the office. By the entrance door is a bell he could ring if he needed assistance.

Most of the products sold in the chemist’s were also produced there. The laboratory is well equipped.