Maihaugen / The open-air museum / The Town / The pharmacist's apartment 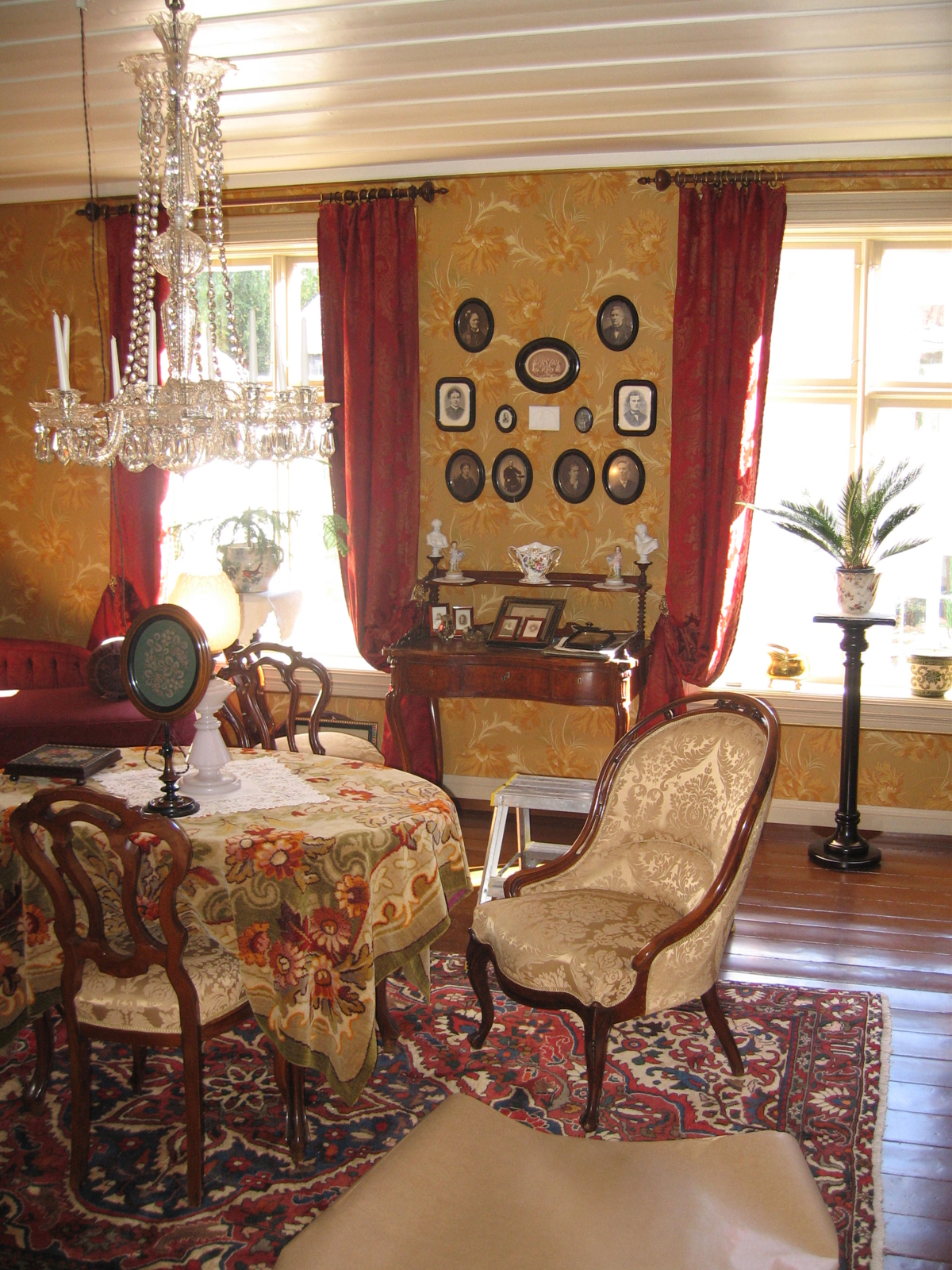 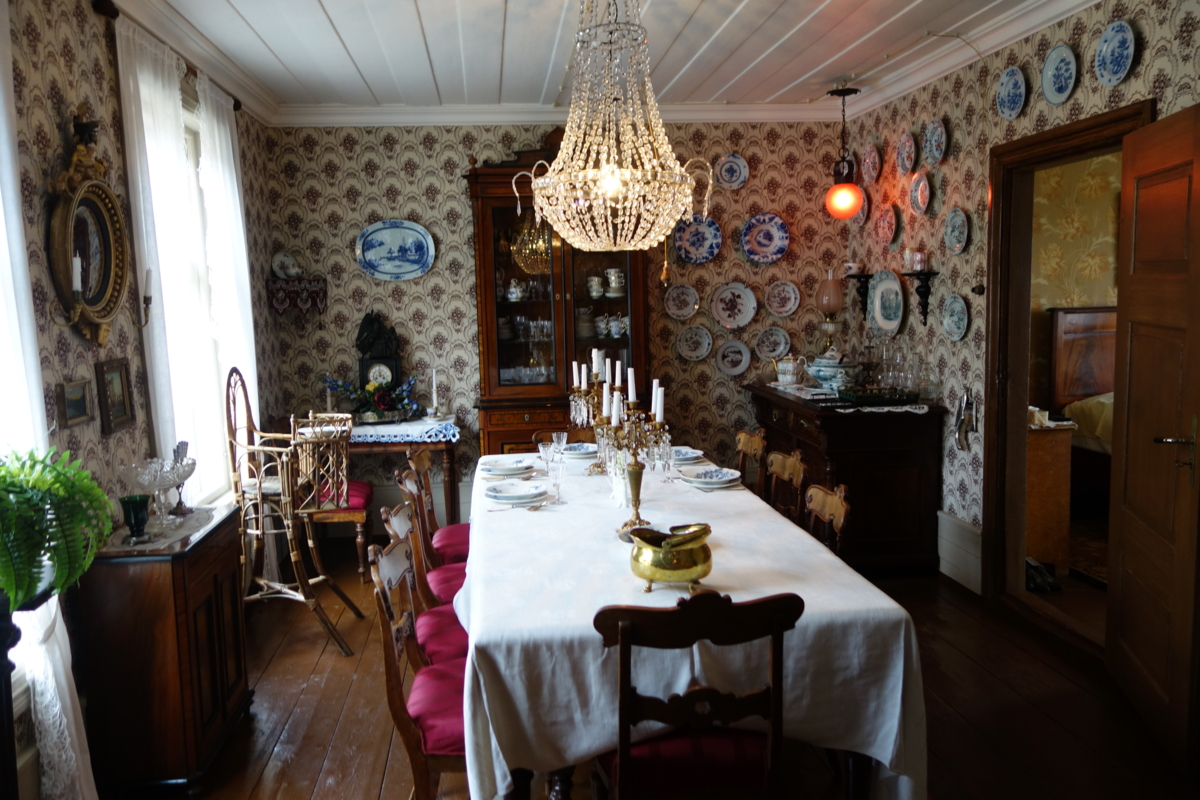 The apartment needed a large dining table as the pharmcy's apprentices also was part of the household. Photo: Kåre Hosar/Maihaugen. 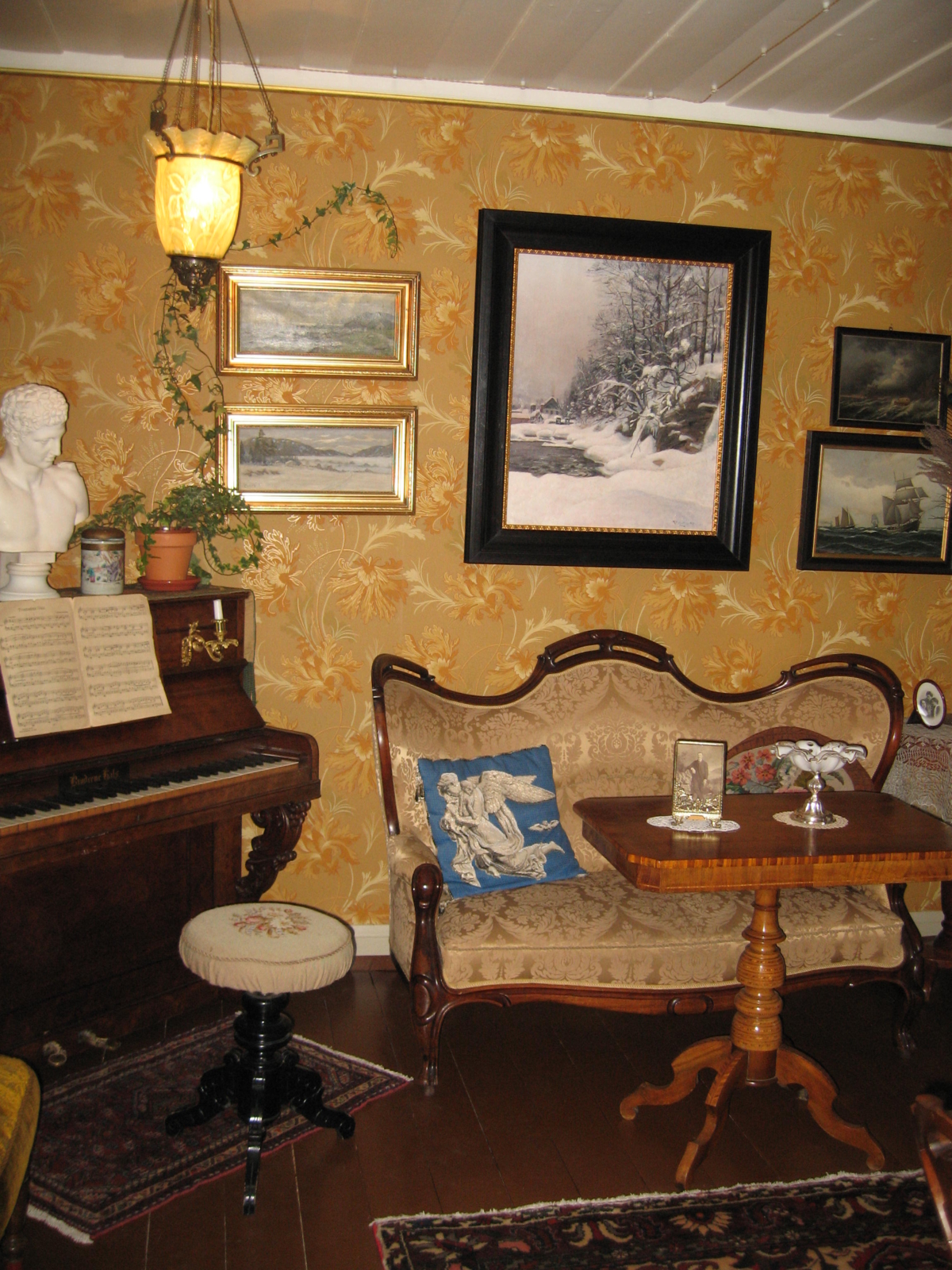 The chemist was among the city's foremost bourgeoisie.  He lived with his family in the middle of the city, in an apartment on the floor above the pharmacy. His apprentices were also a part of the household.

At Maihaugen you can see a bourgeoisie home from the 1890's. At this time the city developed fast. Goods arrived with steam ships at Mjøsa. When the railway arrived in 1894 the goods were transported even faster by train, it now took just one day  from Christiana.

Thick, dark silk curtains, heavy furniture and draperies characterizes the interior. Even though the lighting now mainly was electric, the heavy prisme chandelier with candles was kept since the electricity still was a bit unstable.