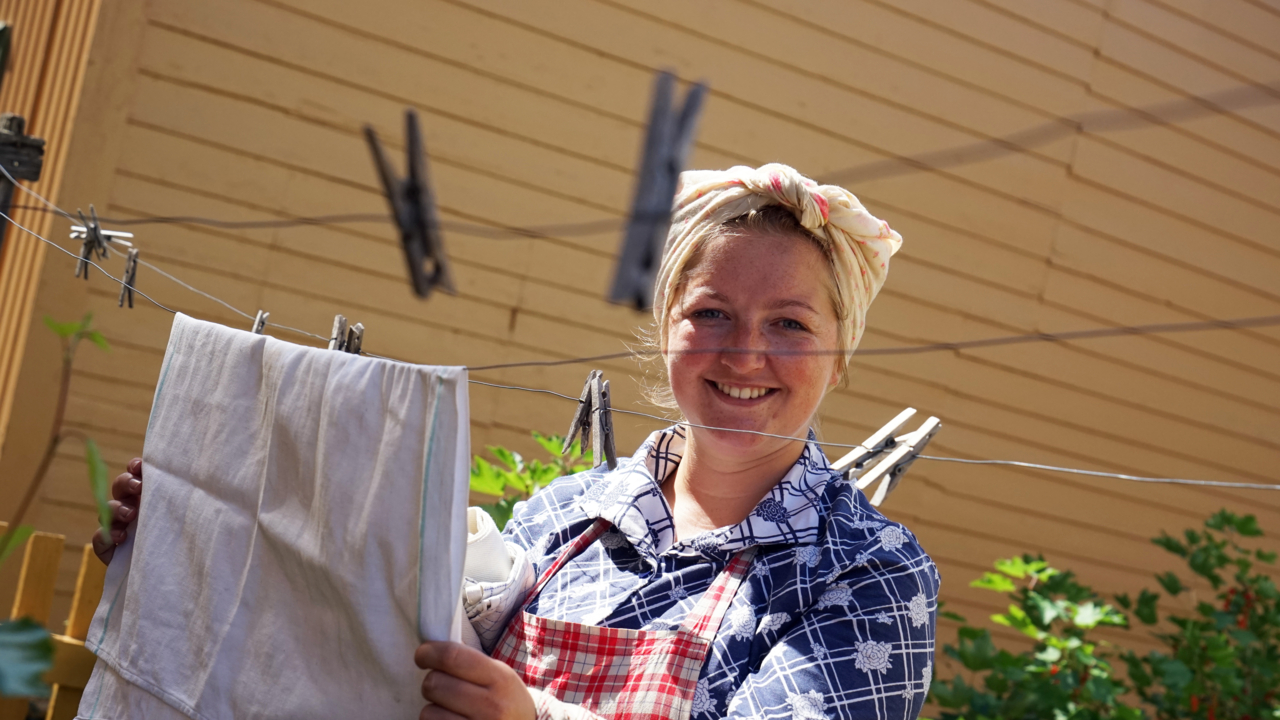 Olsengården portray the time between the two great wars through the large and small duties of the day. The smells are a mixture of gravy, sunlight soap and coffee. The daily duties are varied, and it is always an experience to visit and listen to the daily challenges and pleasures of a craftsman's wife in 1938.

While a show song from Chat Noir spins on the gramophone the wife tells us all about her troubles.
You might also get some gossip about the woman next door. You get to hear lots as they are one of the few families who have a telephone installed.
The mirror in the window is also very useful.

Olsengården was originally located in Storgata 121 in the northern part of Lillehammer. Three generations of craftsmen have lived and worked here. The farrier and smith Oluf Olsen purchased the building in 1890 and the son continued to run the smithy in the back yard. There were also hens, rabbits and a small kitchen garden there.

His grandson became a mechanic and repairer and the people of Lillehammer came to Olsengården to have their bikes repaired. Later the building and yard had to give way to new buildings and were moved to Maihaugen.