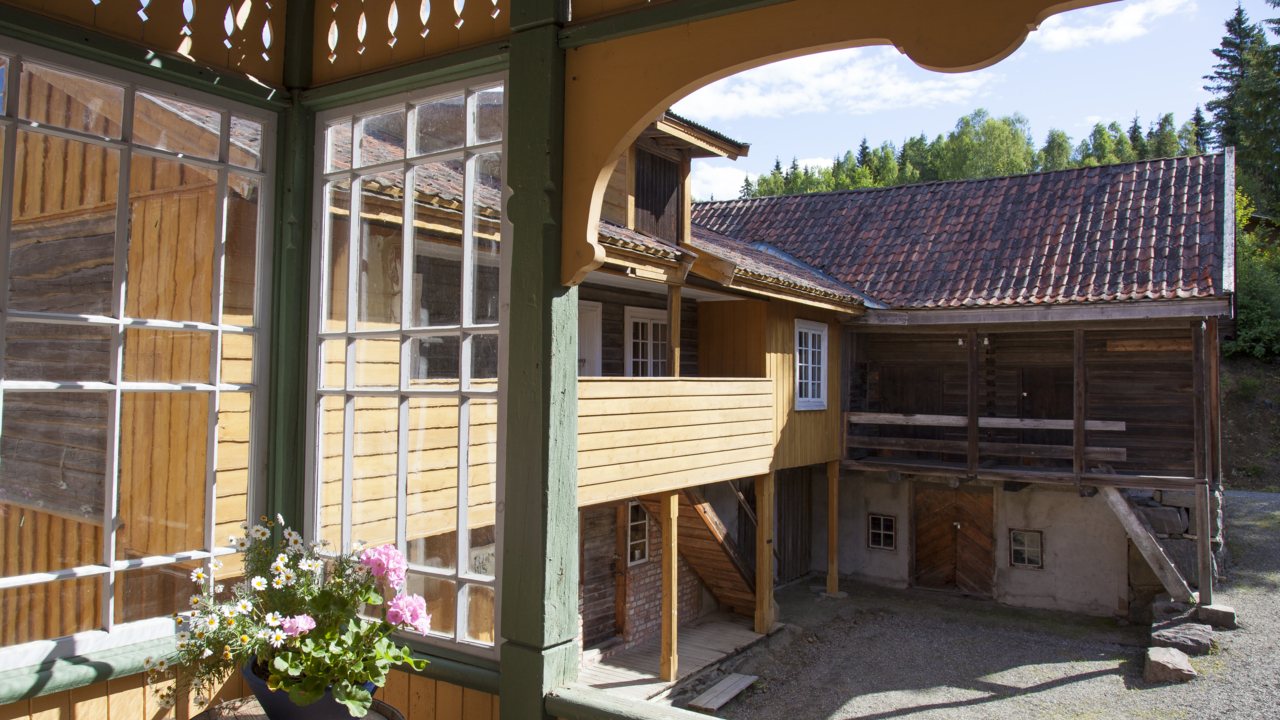 Three general shops were used to make this building. The building facing the Main Street was both a shop and the shopkeeper’s private home. In the backyard were warehouses where the goods were stored and small inns where the farmers who delivered goods could stay.

The main building was built in 1846. At that time it stood on a tall foundation towards the street and it had small, check windows. The upstairs rooms were for the family, while the shop was downstairs. One entered the shop from the backyard. A variety of goods were sold in the shop, from foods to agricultural tools. Trade was based on the goods supplied by the farmers in Gudbrandsdalen who delivered agricultural products to the shopkeeper. The farmers were paid either in money or in goods they needed themselves.

During the 1890s shops became more specialised which meant that new ways of selling began. Advertisements, posters and window displays became important factors in the marketing of the goods. In 1898 two plate glass windows were installed in the shop and the entrance door was moved to the front of the building. But the present shop at Maihaugen dates from 1911 when major changes had taken place. The floor had been lowered with 75 centimetres and two entrance doors had been installed. In addition the windows were exchanged with large display windows. The building has been named after the Julin family who owned it from 1868 to 1911. The founder of Maihaugen, Anders Sandvig, rented rooms with the Julin family when he arrived Lillehammer in 1885. This was where he had his first dental surgery.

At the back of the building is a veranda, which covers three floors. It is built in Swiss style, and is a replica of the one the building used to have. In the backyard are two log buildings which used to be warehouses and an inn.

Next to Julingården is a building which has been built at Maihaugen to show the characteristic way of building corners in Lillehammer. The buildings round the corner from  Julingården used to be a laundry and a warehouse. They were built in the middle of the 19th century, but they have been erected in the way they looked around 1900.