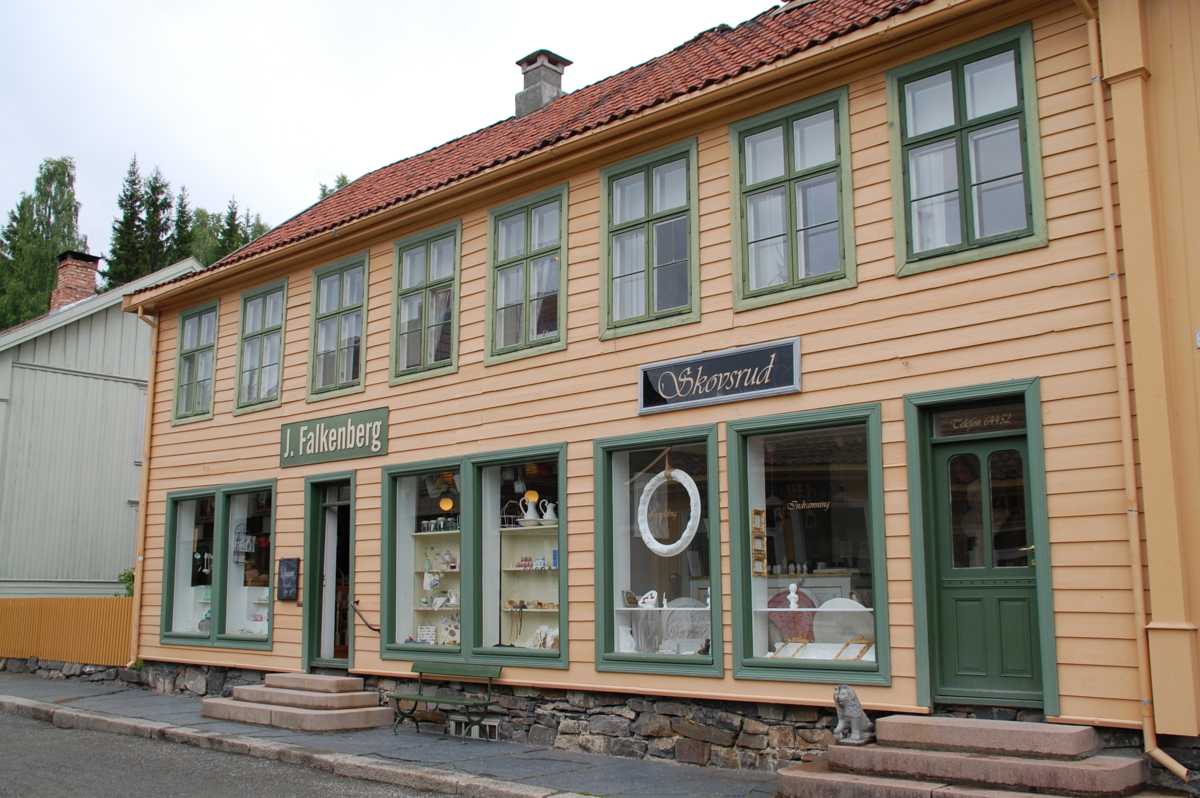 You can find special gifts in the historical Falkenberg shop. Photo: Kåre Hosar/Maihaugen. 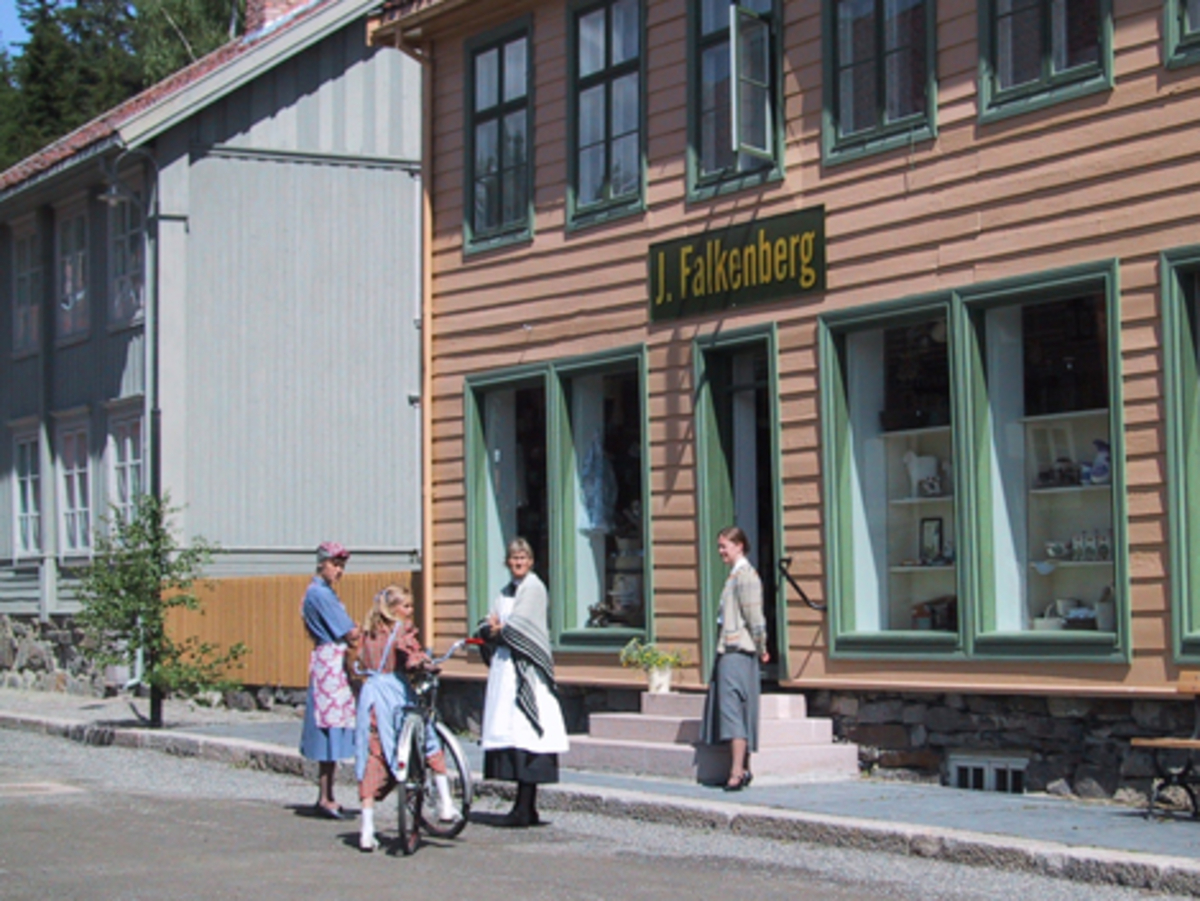 Life in the street outside Falkenberg. Photo: Maihaugen.

We have furnished one of the shops at the museum at Maihaugen with fittings from the early part of the 1900s.

The fittings came from the original Falkenberg shop located in Jernbanegata in Lillehammer. Johan Falkenberg took over a tannery at Vingnes in Lillehammer in 1902. At the same time he opened a shop close to the railway station. Hides, skins, harnesses and shoemaker articles were traded here.