Maihaugen / The open-air museum / The Rural Area / The Fishermen's chapel 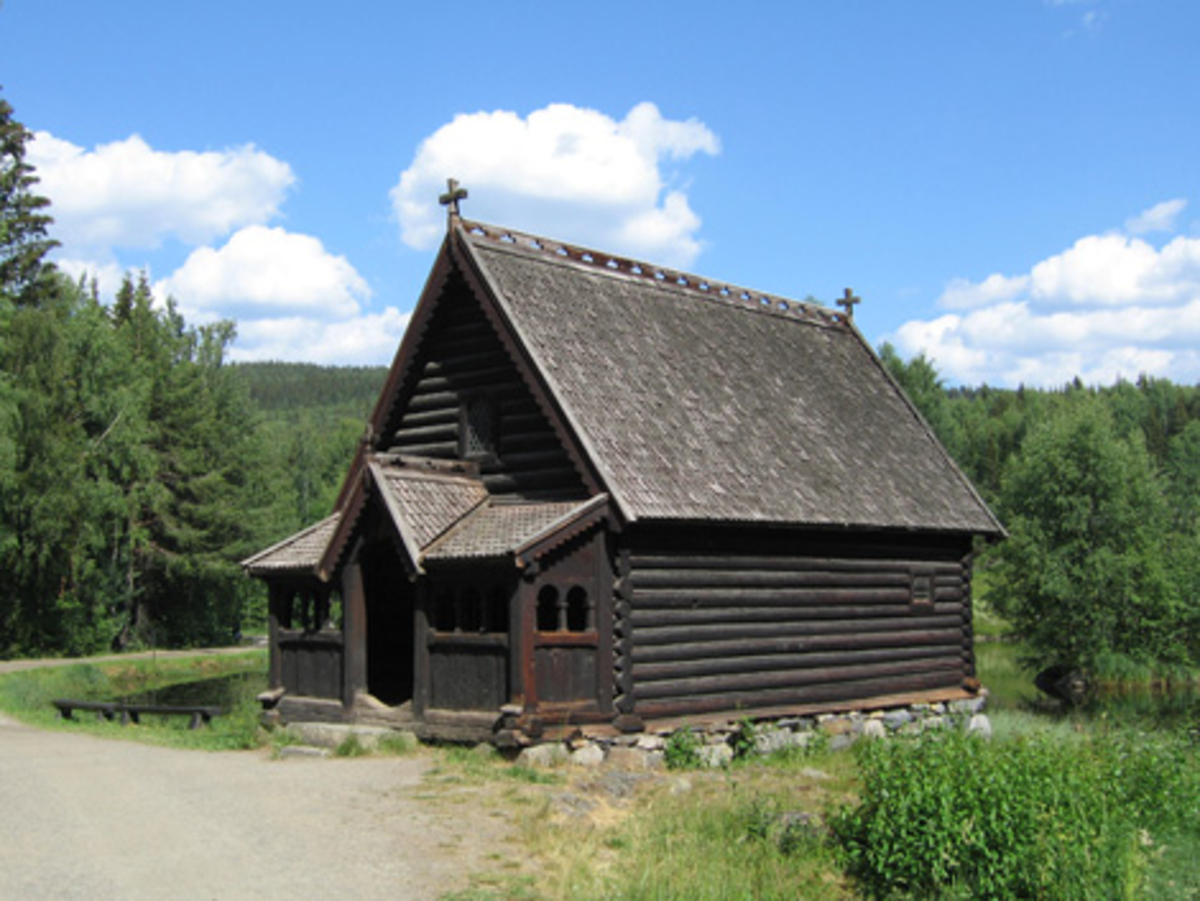 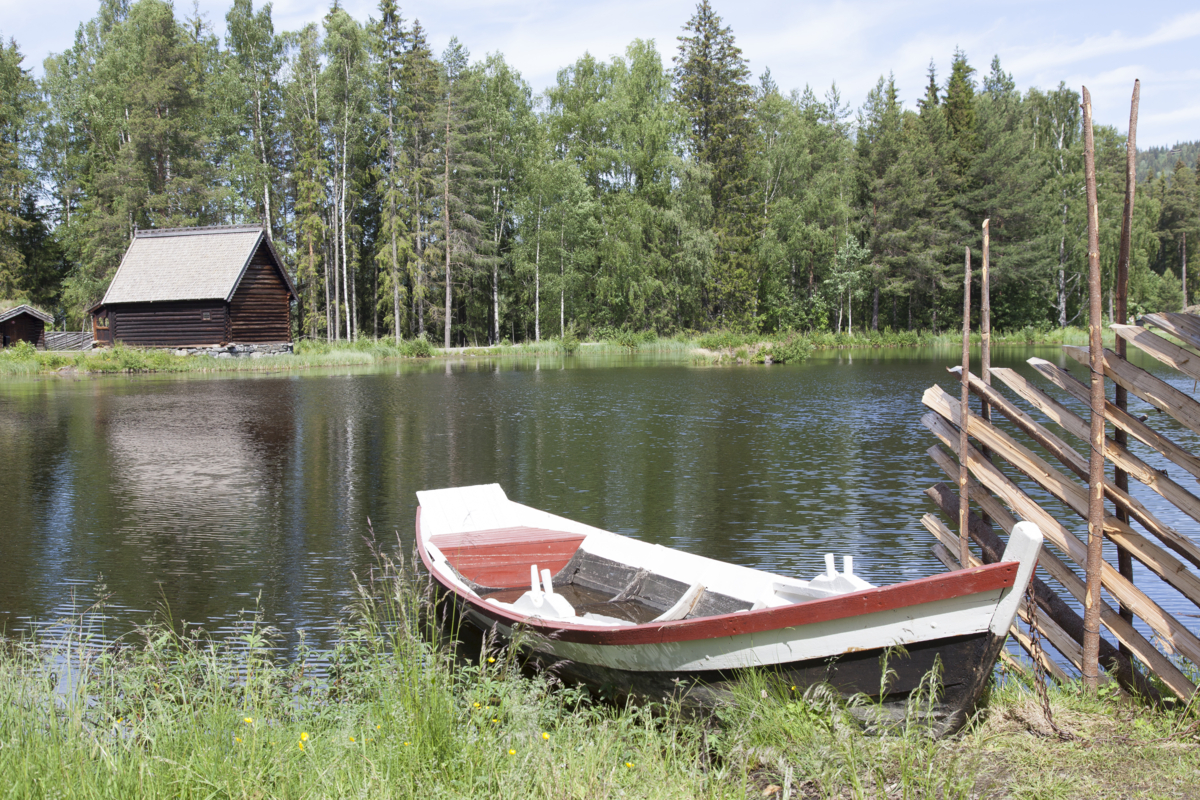 The fishermans chapel was restored in Anders Sandvig's garden in 1896 before it was moved to Maihaugen in 1904. Photo: Audbjørn Rønning/Maihaugen. 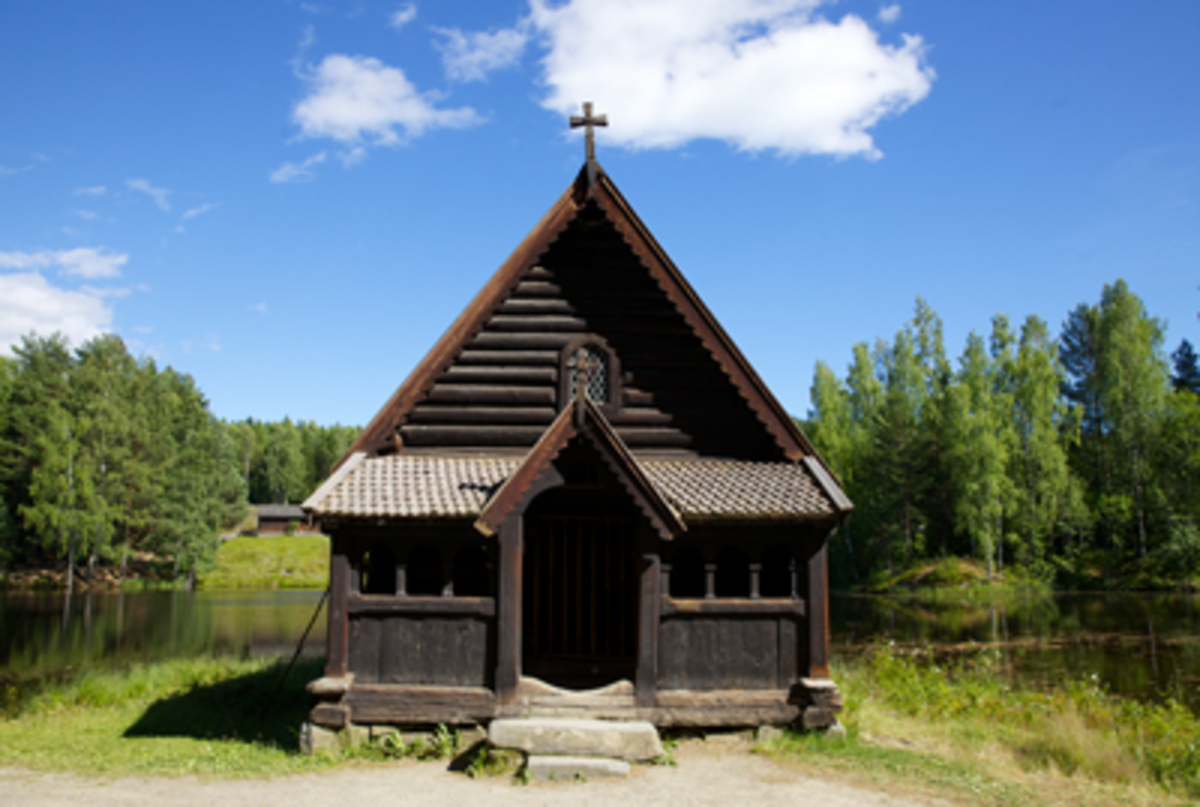 A day in August 1459 Bishop Gunnar of Hamar arrived in Fåberg. He had ordered the building of a chapel and was now there to inagurate it. The chapel was located by  Øyra near the river Lågen. The Bishop had economic interests in the fishing of the local Lågå-herring in the river, which took place annually in the autumn. In addition to parish churches, it was customary in the Middle Ages to have private churches on farms for those who lived and worked on it and for the local community. The Fishermens chapel is such a private church and is the oldest preserved chapel in Norway built as a log building.  On the wall there is an inscription in Latin that shows that this chapel was inagurated in honour of the Holy Virgin Mary and Holy Olav, king and martyr.  The chapel has 12 crosses, three on each wall.  The chapel has inaguration crosses carved into the walls for the inaguration performed by the Bishop.  The chapel is now located at Maihaugen, and is the only preserved logged church building from the Middle Ages.