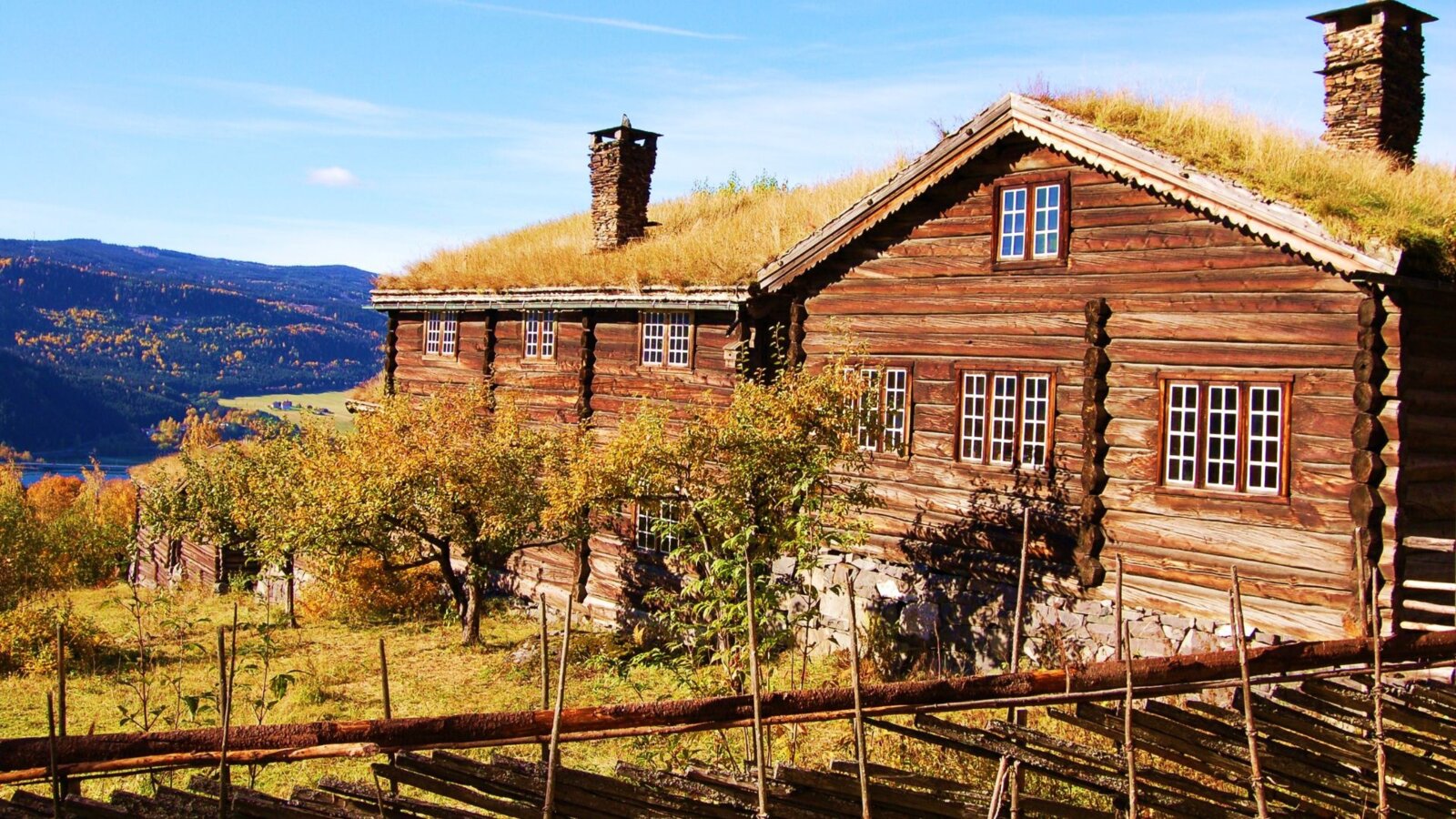 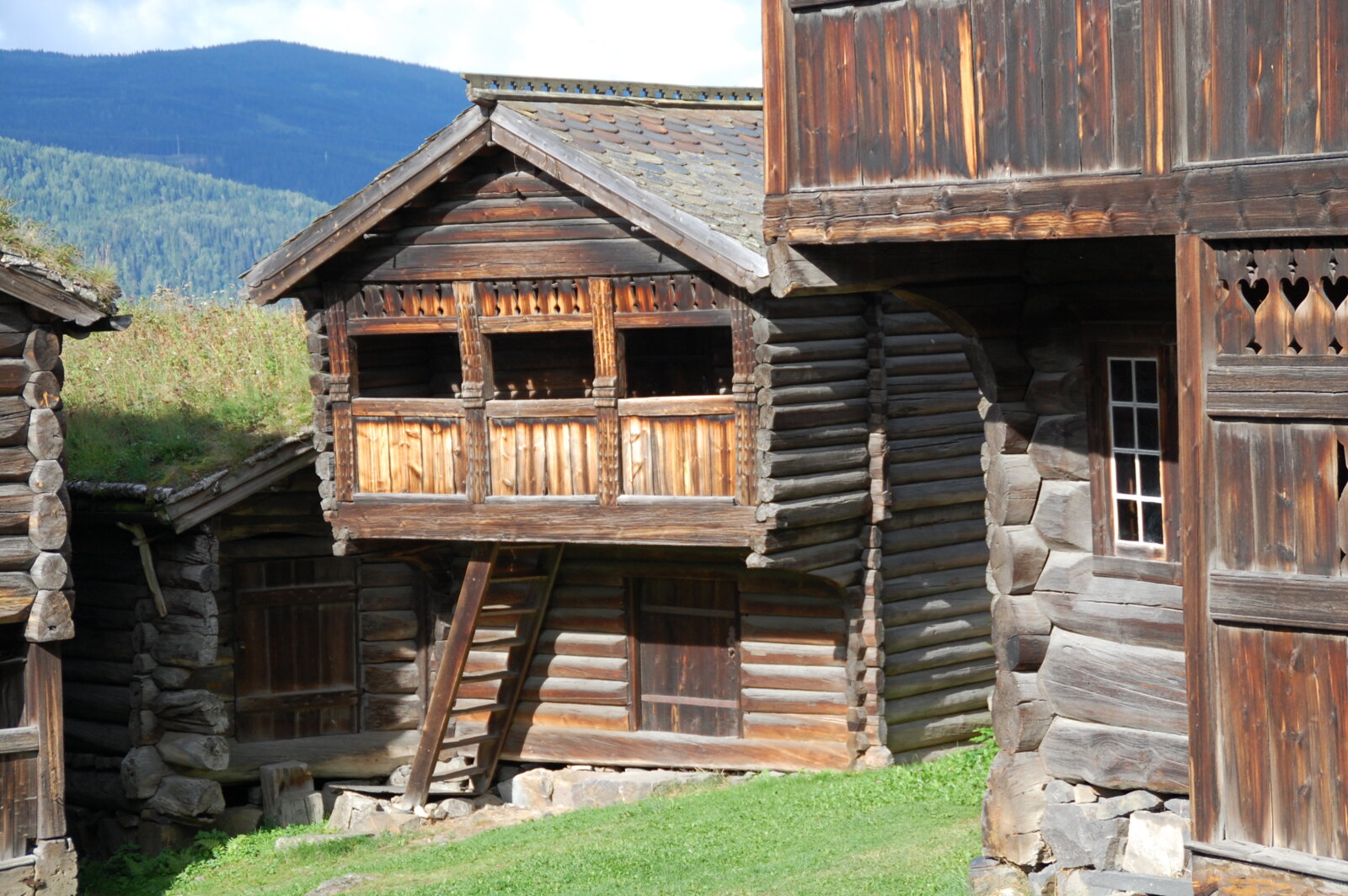 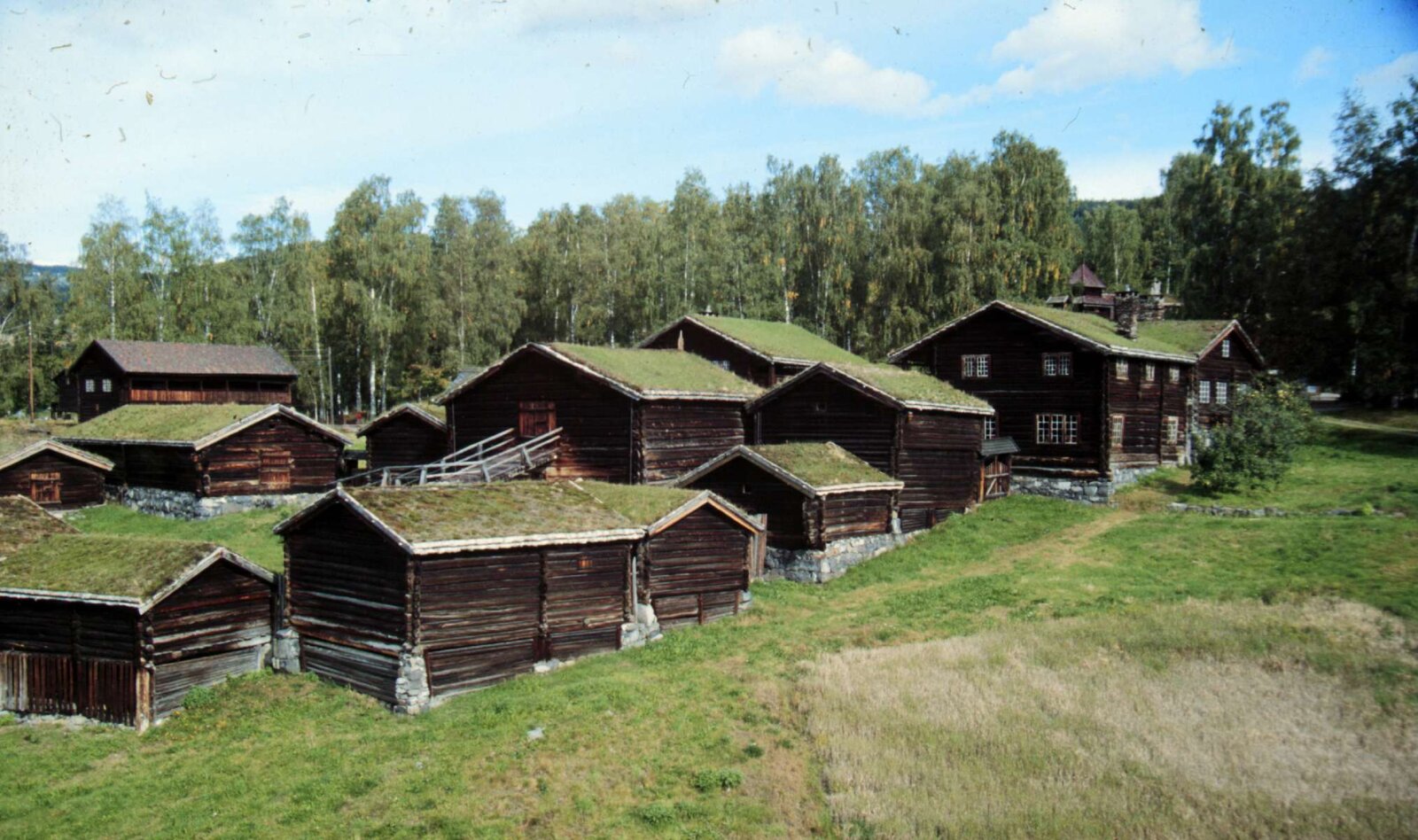 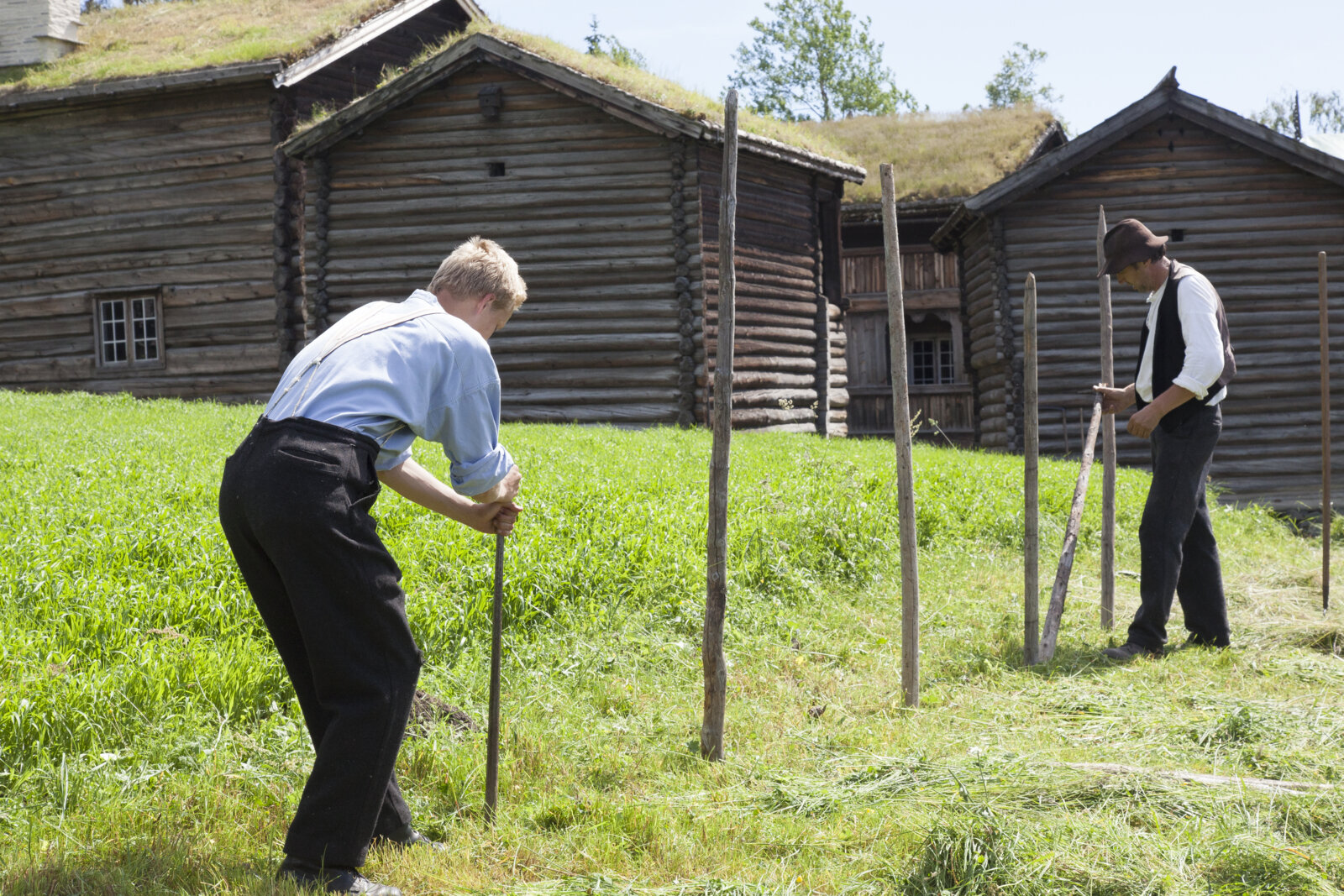 Farmwork at Bjørnstad as it was performed during the 1700s. Photo: Audbjørn Rønning/Maihaugen. 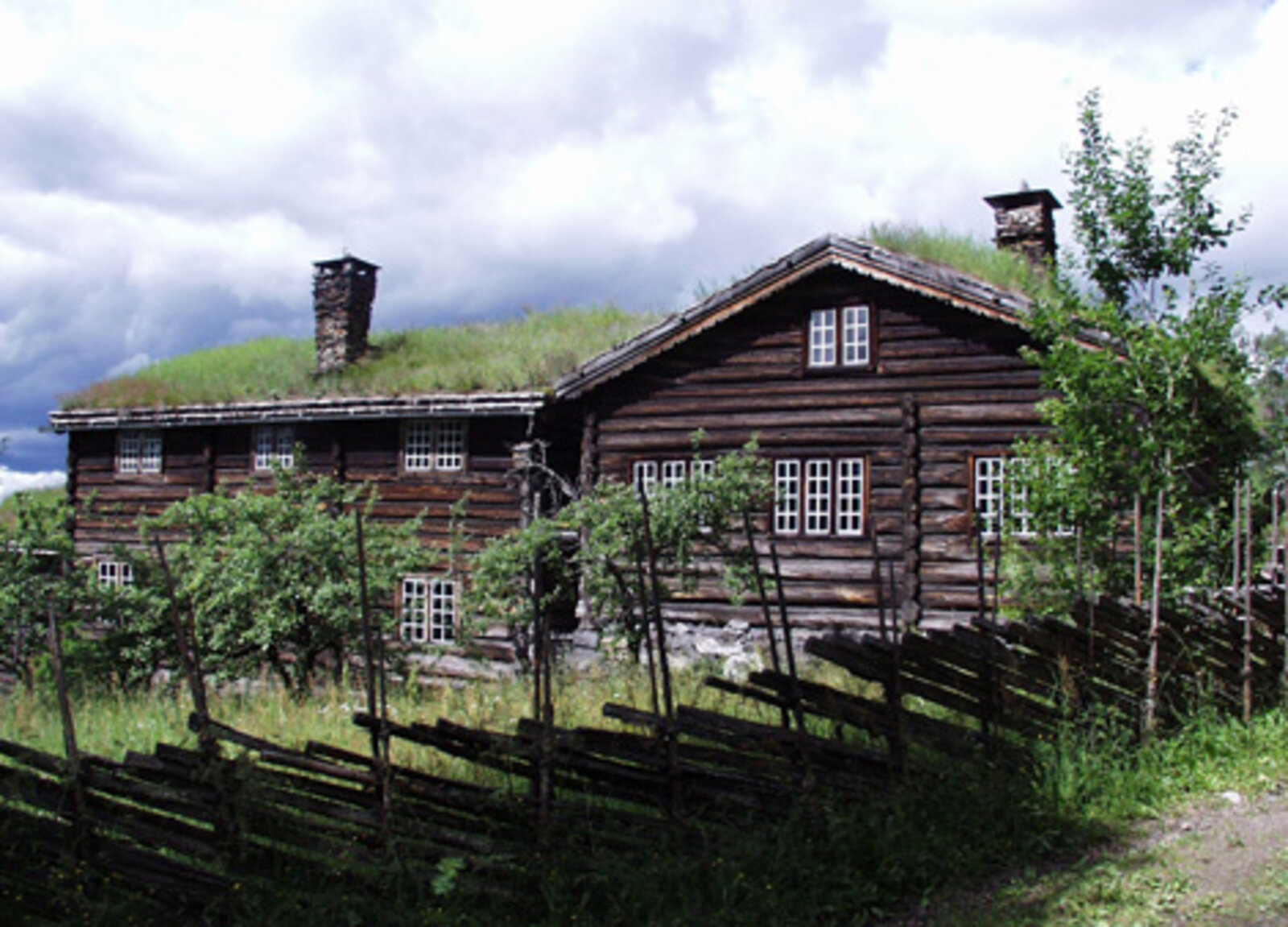 Bjørnstad seen from the south side. Photo: Maihaugen. 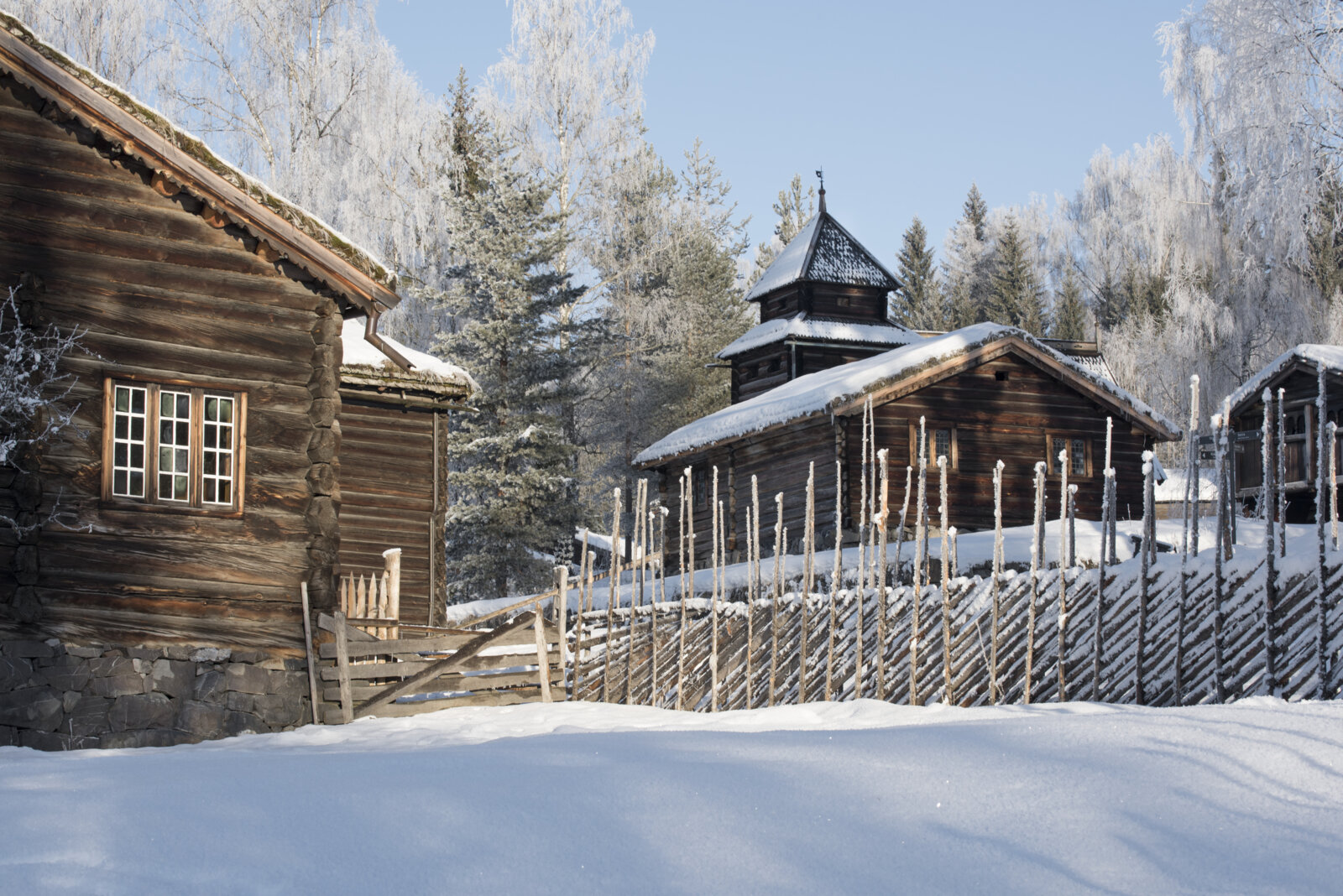 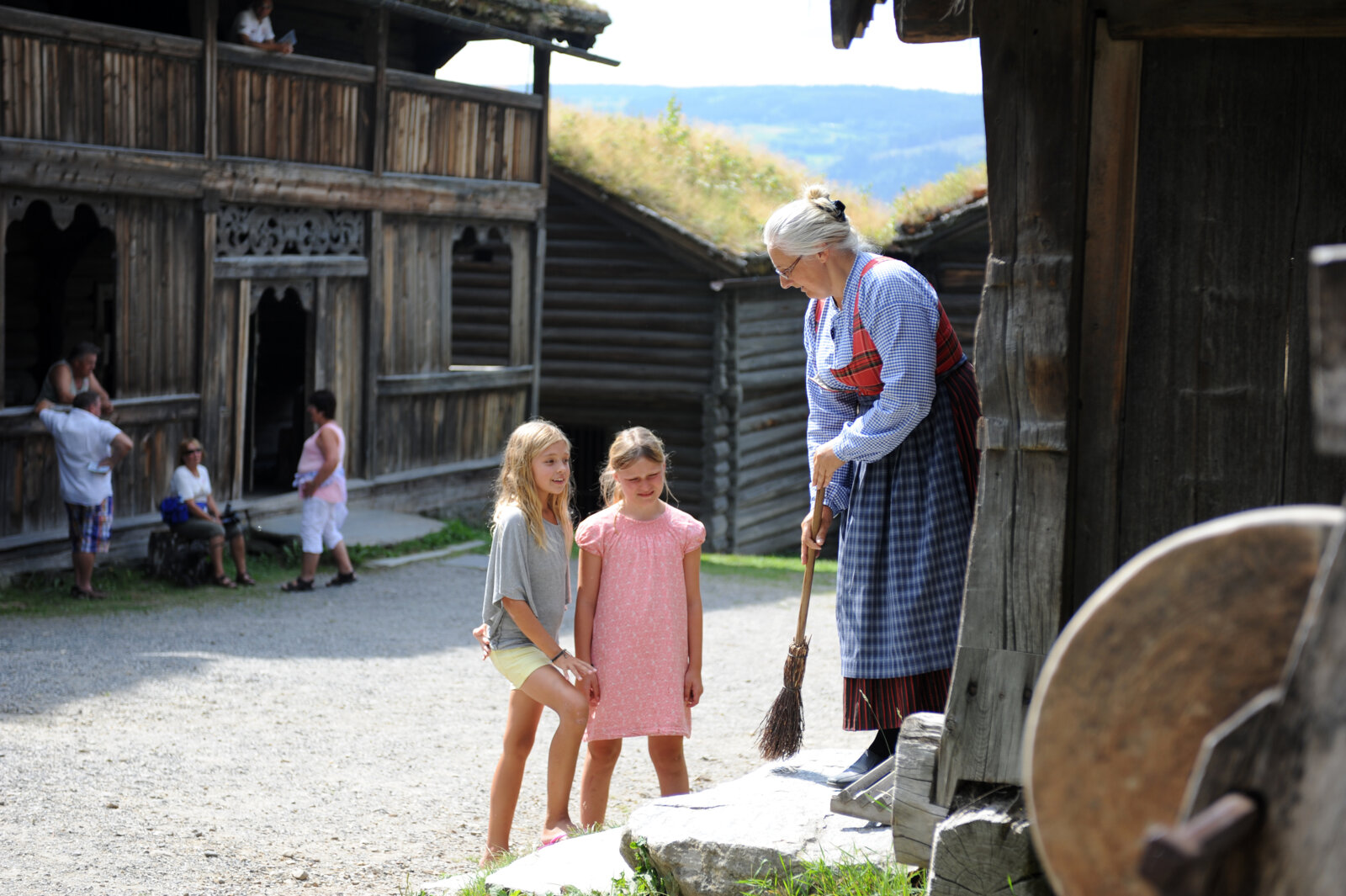 Bjørnstad is a large farm from Vågå from the 1700’s. A complete farmyard was moved to and collected at the museum in order to show how a farm looked like during the 1700’s.
The farm is beautifully located in the landscape, with 27 separate buildings placed around two farmyards. It looks like it has been there forever.

The farmhouse, Andersstua from 1777, is an imposing sight, and the furnishings are characterised by the large dresser and the long table where there is room for the complete workforce during harvest time. At the time the inhabitants on the farm, the crofters and the daily hired workers worked together side by side on the farms. On the other side of the yard you can see a similar sized farm house dating from 1787. Here the farmer’s parents and unmarried siblings lived. Around the inner yard lofts and store houses (stabburs) are located. Food and clothes for the farm were stored here, together with the grain in the granary and stacks of flatbread and rows of cured hams in the stabbur. Under one of the houses you will find “aurbua”. This is the farm’s cold cellar where butter and cheese were stored. The seed potatoes could be stored free from frost during the winter months in this house.

Around the outer yard you will find the byres housing the cows, sheep and goats. The feed for all the animals was also stored here. The hay was kept in barns, whilst the large barn was used for storing the grain that was grown on the farm. This was kept there until it was threshed on the barn floor. The barn was also used for housing the servants at the farm.
Buildings with a fire hazard are situated outside the yard. The cook-house and the drying rooms where they would use open bonfires for heating, and the smithy where embers flew through the room, created danger of fire. To avoid this to spread to the houses where they lived these houses were built in the outer yard. The mill, where there was water, was also located outside the yard.

During the summer season you can meet the guide at Andersstua at Bjørnstad and hear more about the farm and the life there.