The functionalist-style house is from 1939, but furnished as it might have been in 1944. Photo: Kjell Marius Mathisen/Maihaugen. 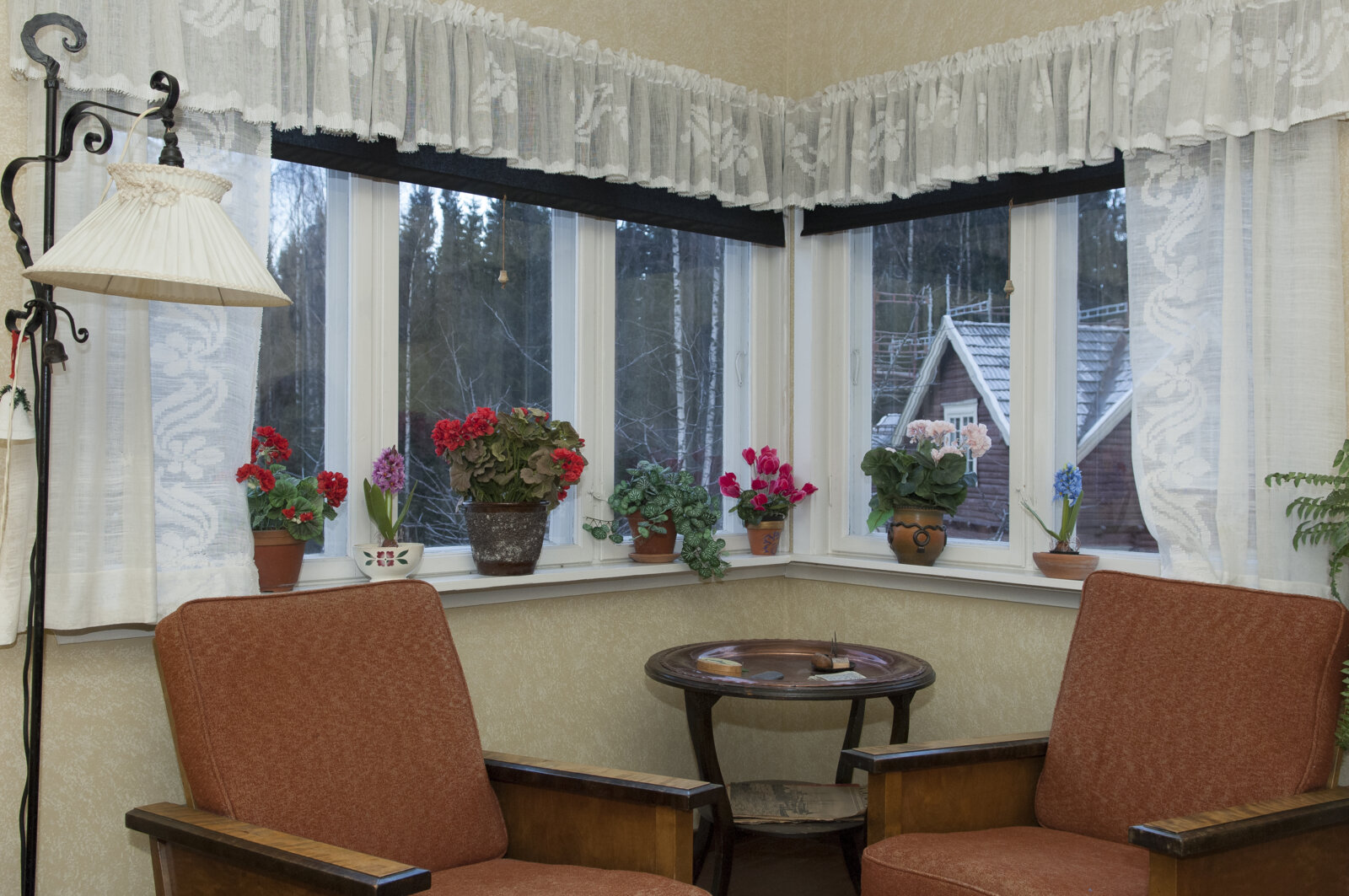 A smoking table and two armchairs in the living room of the house from the 40s. Photo: Audbjørn Rønning/Maihaugen. 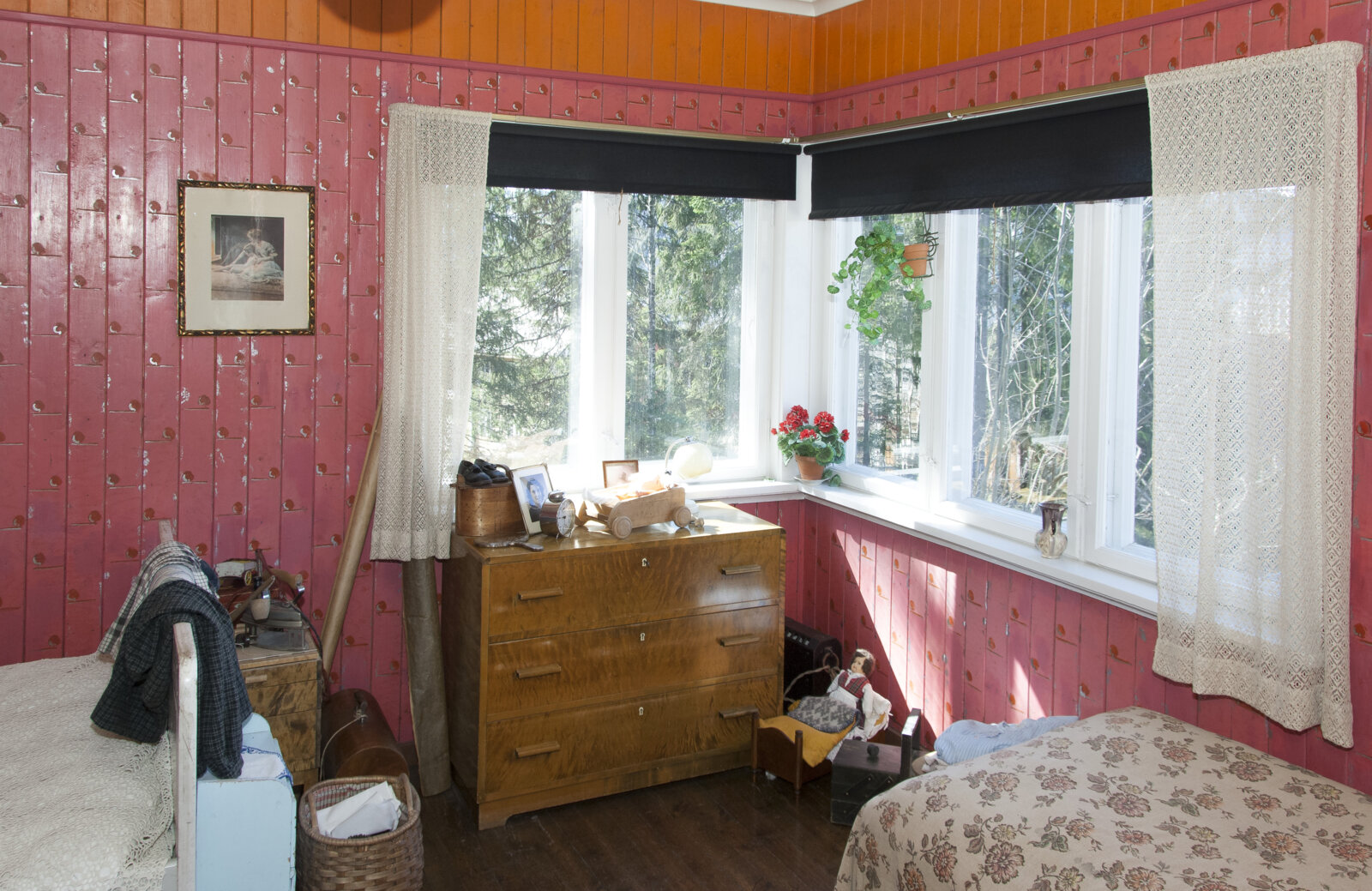 The bedroom with the strikingly pink walls. Photo: Audbjørn Rønning/Maihaugen. 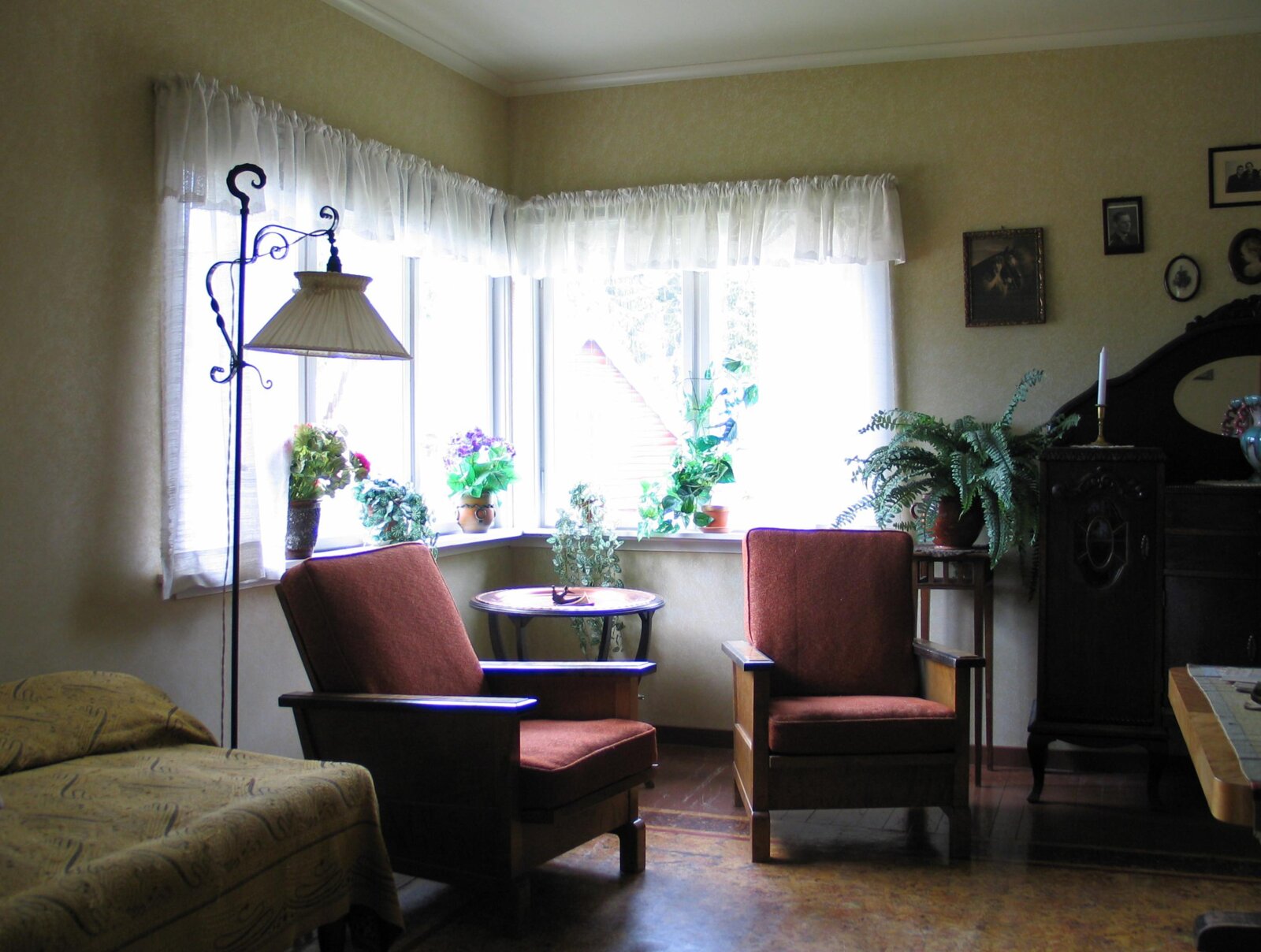 Part of the living room in the house from the 40s at Maihaugen. Photo: Kjell Marius Mathisen/Maihaugen. 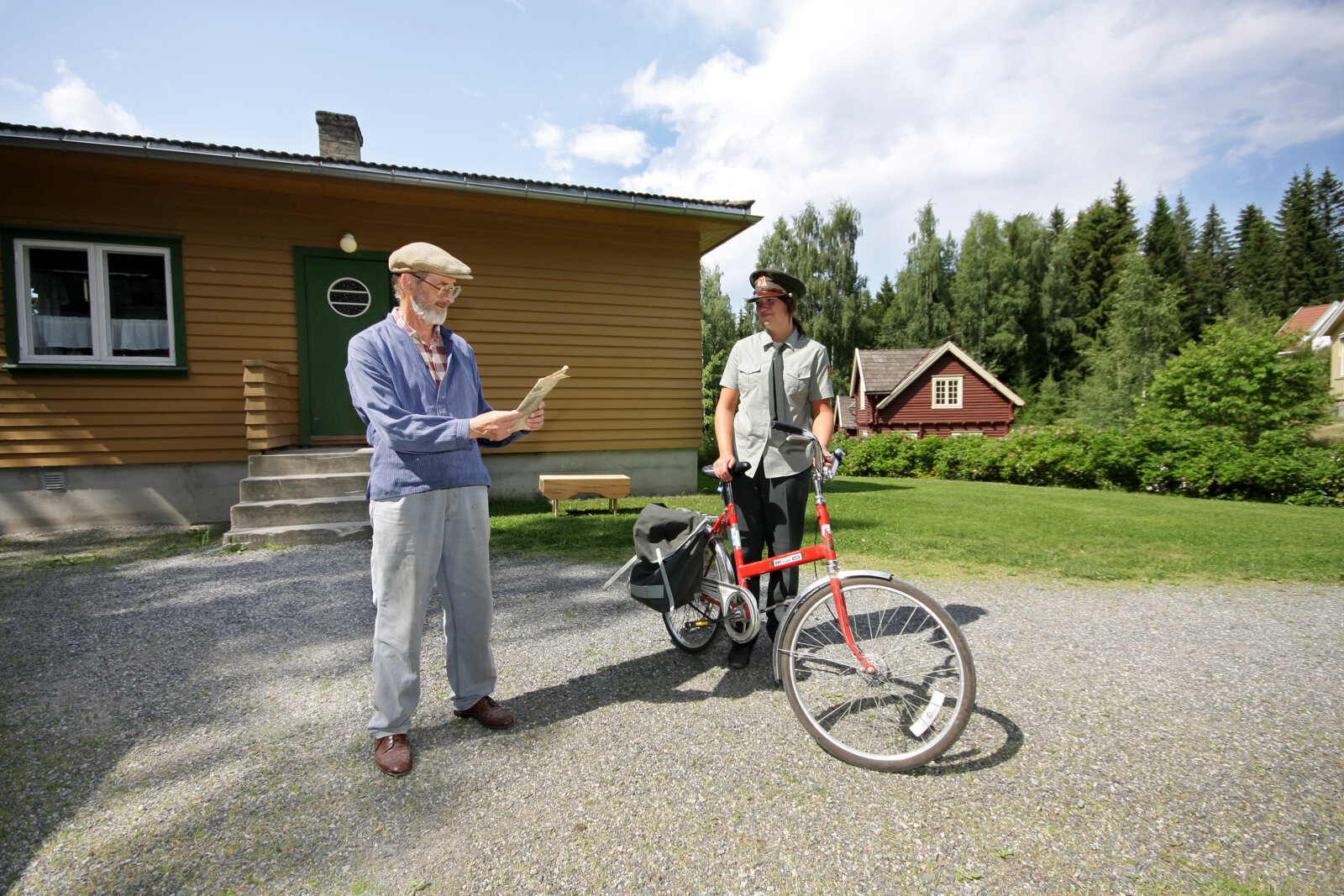 During the summer the wandering theatre performance is taken into the functionalist house. Photo: Jørgen Skaug.

The house is furnished as a wartime home from 1944, and shows that living on top of each other was the order of the day for some. The family consisted of a mother, father and 5 children. Despite being short of space, they rented a room to a young dressmaker who gave birth to a child while living there. A young couple also lived there during one period. There is water and electricity, but cooking was done using a wood-fired oven in the kitchen.

Lack of food and rationing was the order of the day during the second world war. That this is wartime is easily observed in the details, including a ration card and home grown tobacco. The windows are covered in black-outs and if you look down the dumb waiter shaft you can see the illegal radio hidden amongst eggs and jam.

The house, like the telephone booth just outside, is typical of the functionalist style of architecture. Here we can find several typical details - the shape of the roof, the shape of the windows and the placement of the windows. The inside is more traditional. The furnishing shows signs of an old-fashioned style with heavy dark furniture. Most remarkable is the bed chamber with strikingly pink walls with painted silver cherries. Probably styled from exclusive wallpaper.

There is a bathtub in the basement, should you be in need of a bath. The toilet is in the outhouse - it could be cold during the icy winter months.