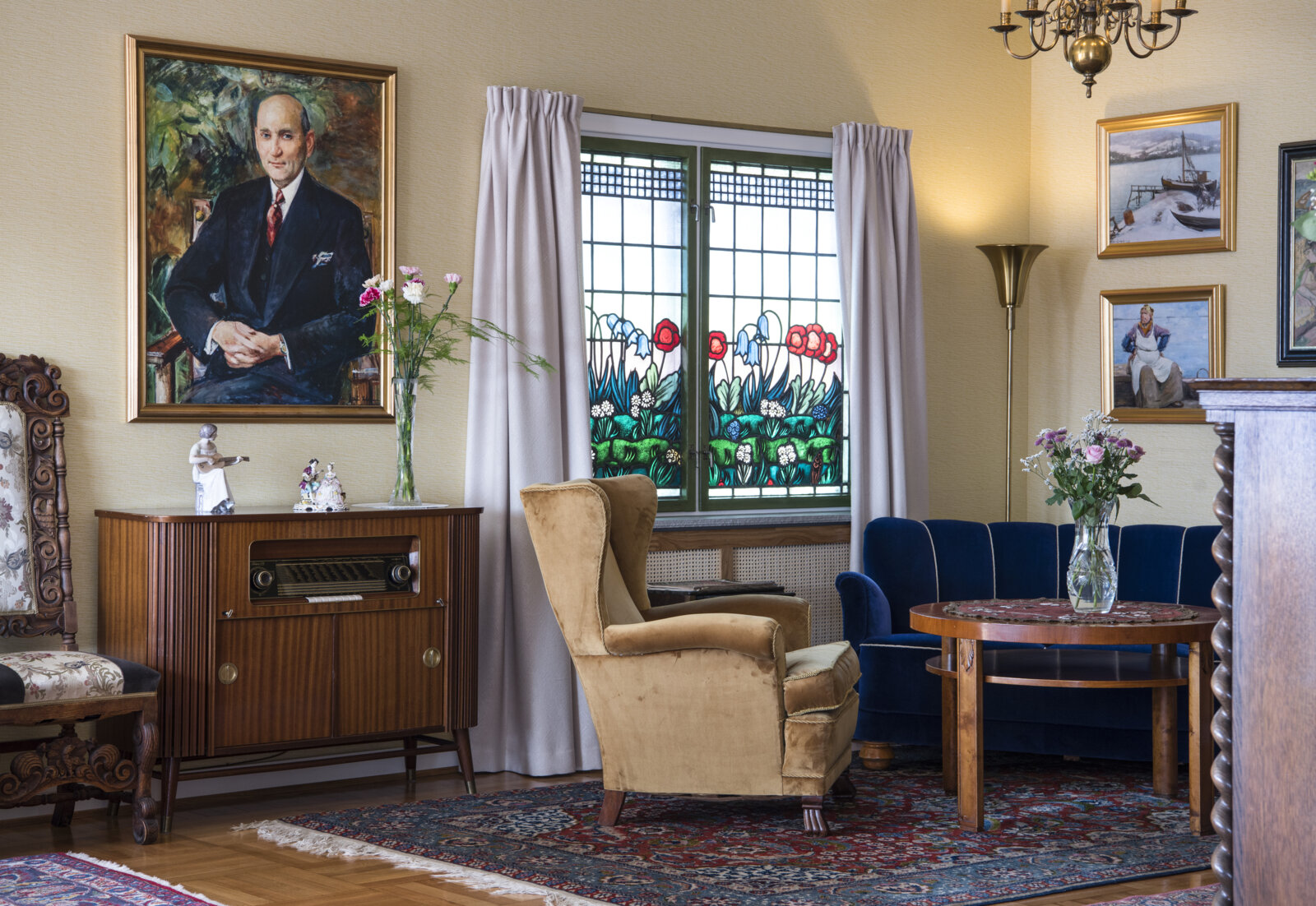 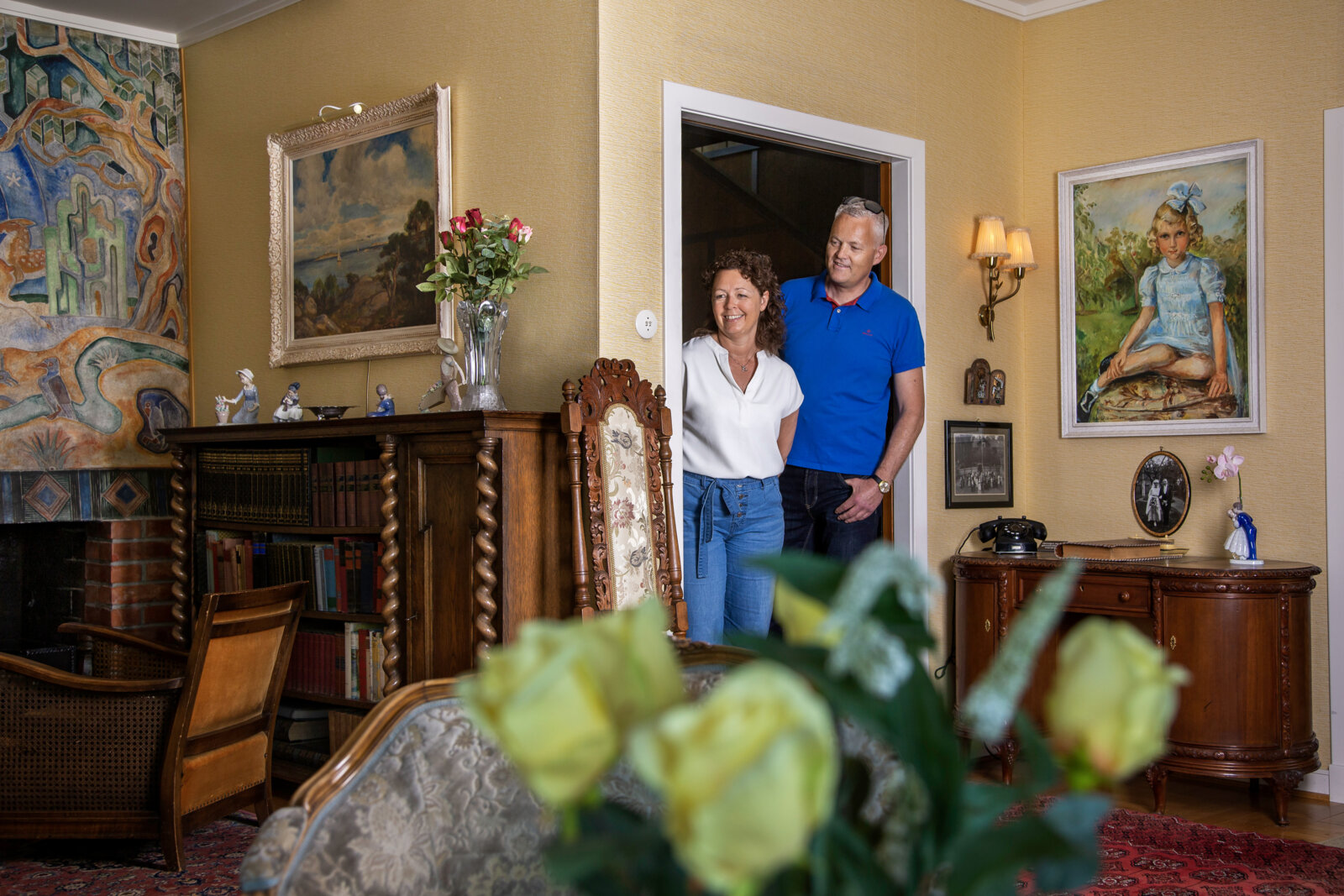 The home is open for visitors in the summer season only.

Queen Sonja's childhood home is the house from the 1930s in the residential area at Maihaugen.

The house was moved from Oslo to Maihaugen and the first floor opened to the public at Queen Sonja and King Harald's gold wedding anniversary 29 August 2018. The restoration was compleated in the fall 2020.

The house is an example of the architecture of the 1930s. It was put up in Tuengen allé 1B i 1935 and was designed by Ernst Motzfeldt.

The house was built for the Haraldsen family, and Sonja lived most of her life there until she married Crown Prince Harald in 1968.

They were secretly dating for nine years before they got King Olav's permission to marry. For those years, one of the few places they could meet was here at Sonja's mother's house.

The photograpy of the couple at the doorsteps of the home when the engagement was a fact, is an iconic image. This moment connects the Queen’s childhood home to our national history. A private story became official and national.

When she got married 29 August 1968, she was the first civil woman in modern times to marry an European heir to the throne.