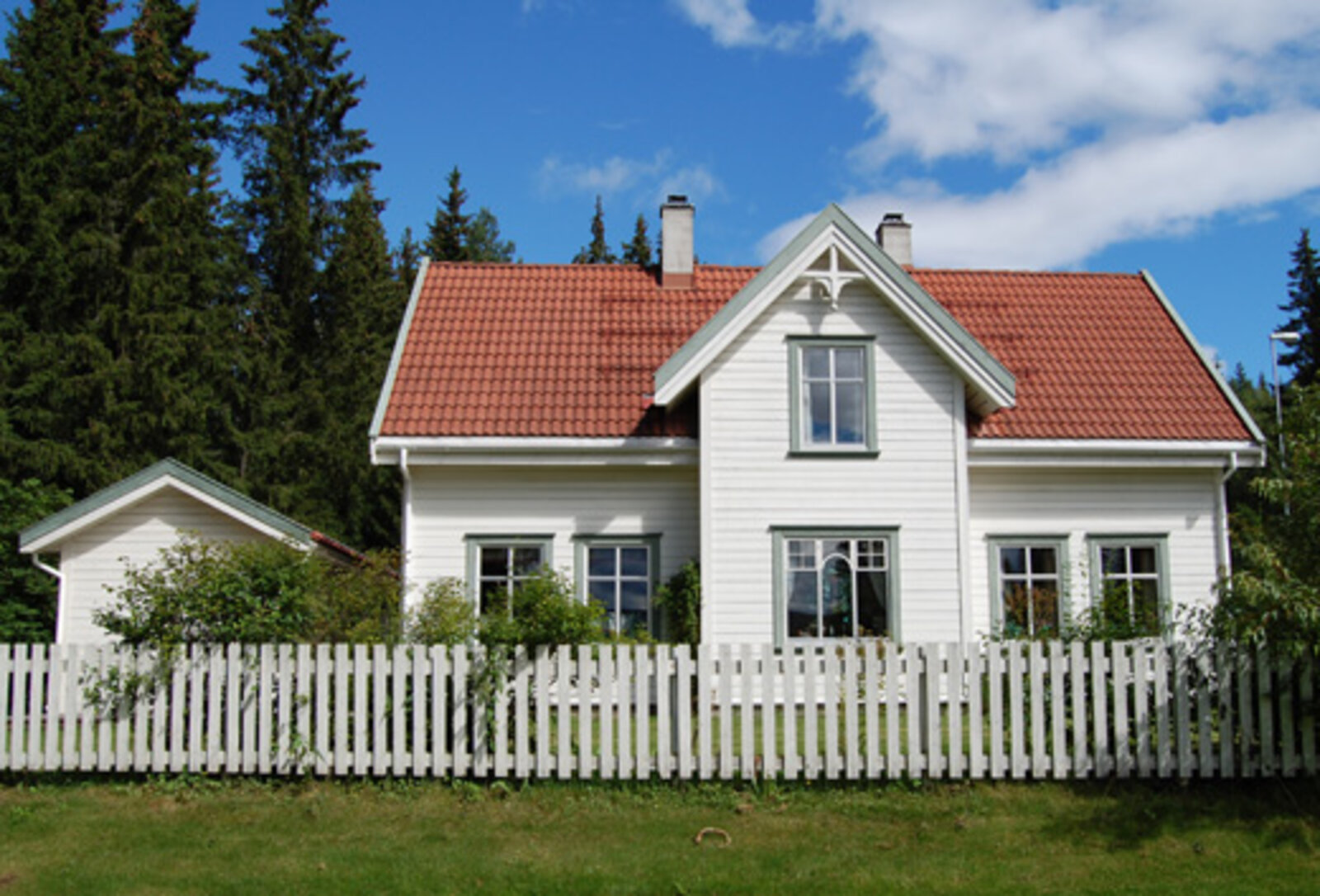 This type of house was the most popular during the 90s. Photo: Maihaugen. 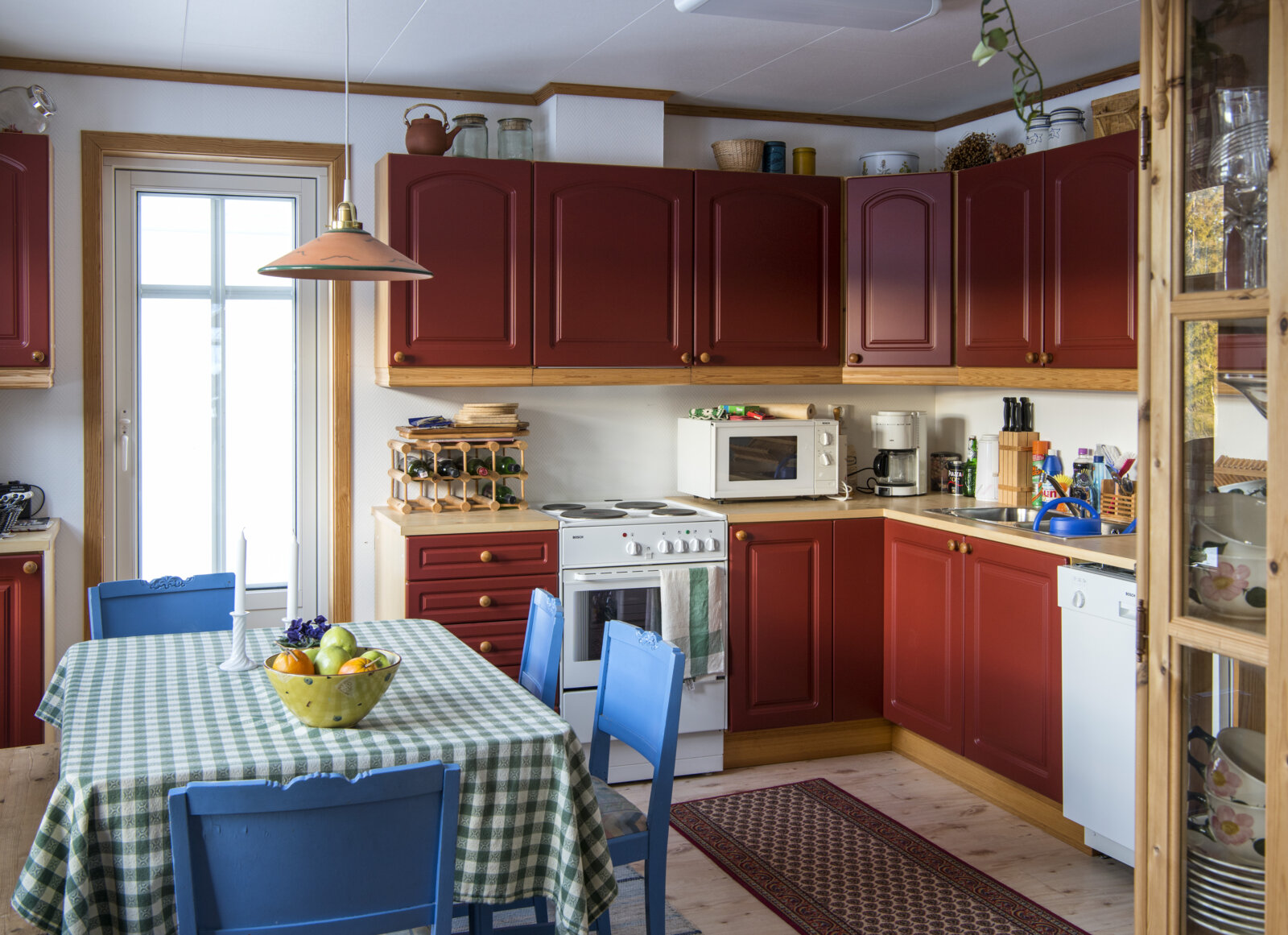 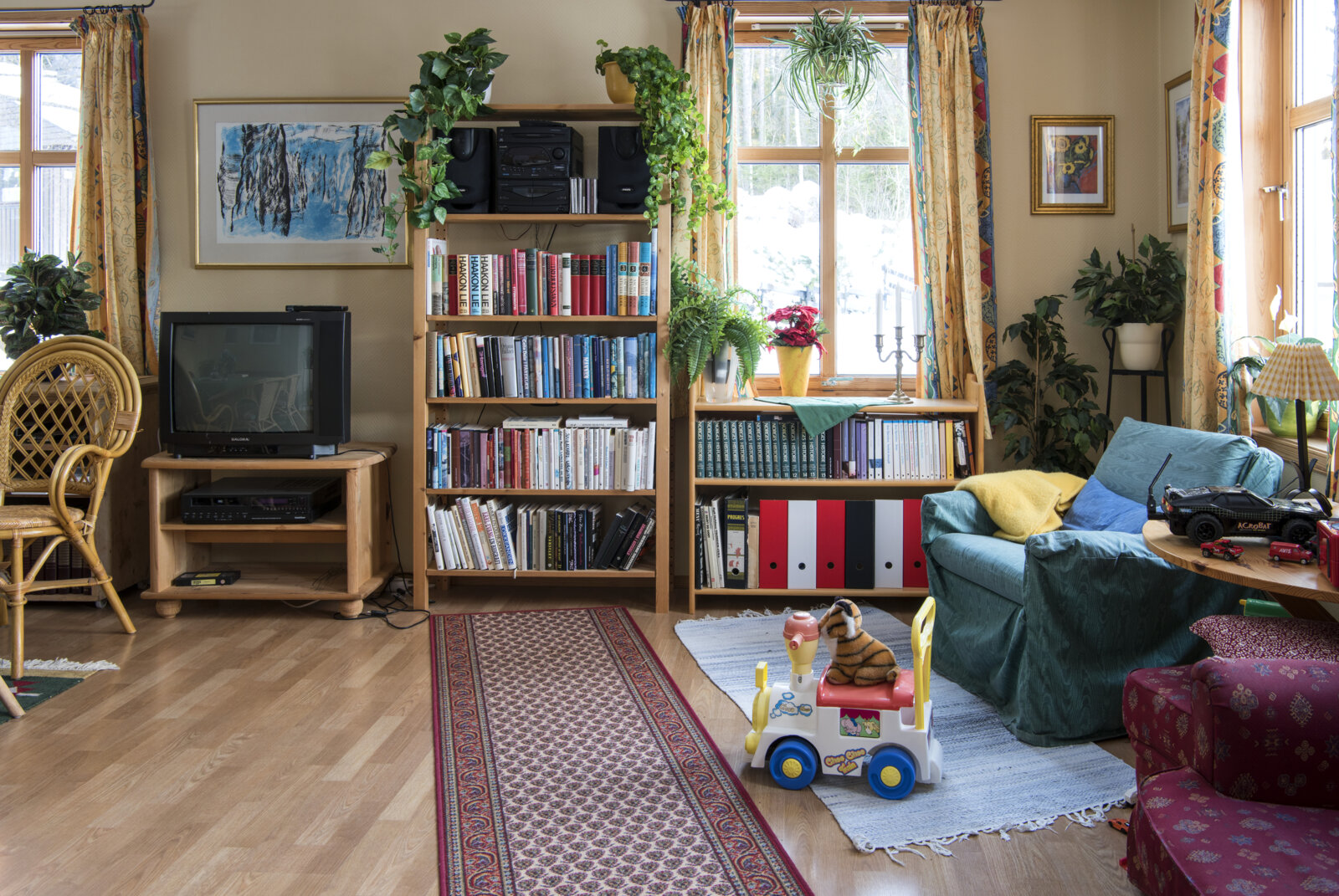 The period of pastels, which dominated some years ago, has come to an end. Colourful curtains and strikingly coloured walls are the order of the day. Photo: Camilla Damgård / Maihaugen 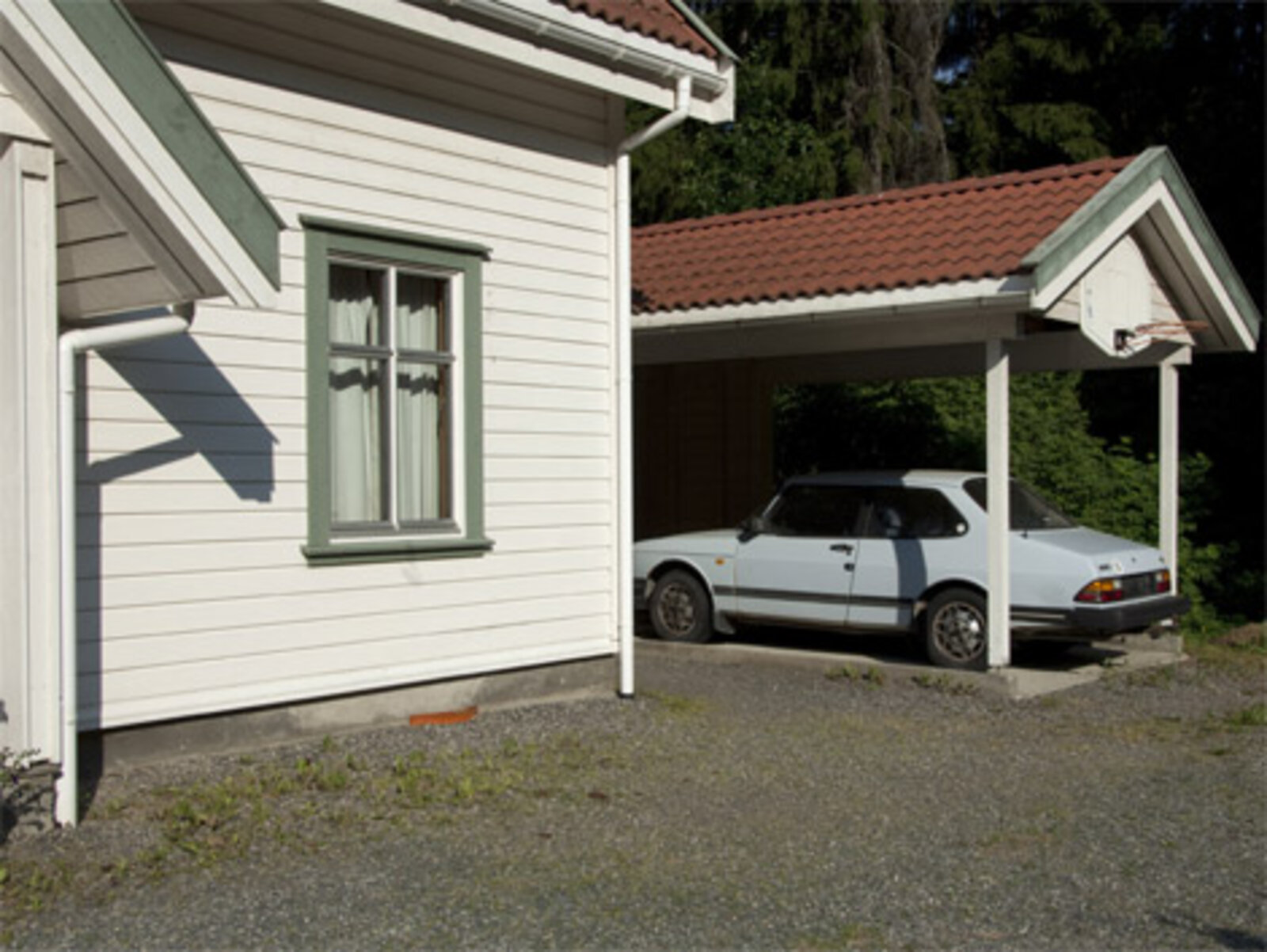 The house from the 1990s also had a garage. Photo: Maihaugen.

This is a prefabricated house from Hetlandshus called Tradisjon. The name says something about the shape of the house. It has elements of old styles, in this case the Swiss style. It also contains nostalgic elements like a steep roof, cross post windows and decorative details in the gables. This was the most popular prefabricated house type during the 90s. The design was flexible and could be adapted to different terrains.

The family living in this house consisted of parents with two children, with the addition of a son from an earlier marriage during weekends. The living area is below the average, but the space is well utilised. The corridor space is used as an office on the ground floor and as a TV room on the first floor. The kitchen is large and contains the only dining area in the house. The room otherwise has features showing an international influence in food preparation. All the technical aids are present. The new microwave has started to become common property.

The living room is decidedly small and strong colours dominate - this is the end of the pastels of the 1980s. The walls are strikingly yellow and the curtains are colourful. One of the two TVs in the house is placed here. The media world is making an impact with stereos, video players and cassette recorders. In the office there is a Macintosh - the digital world is surrounding us This is an old model that has previously been used at work. It was only in use for writing.