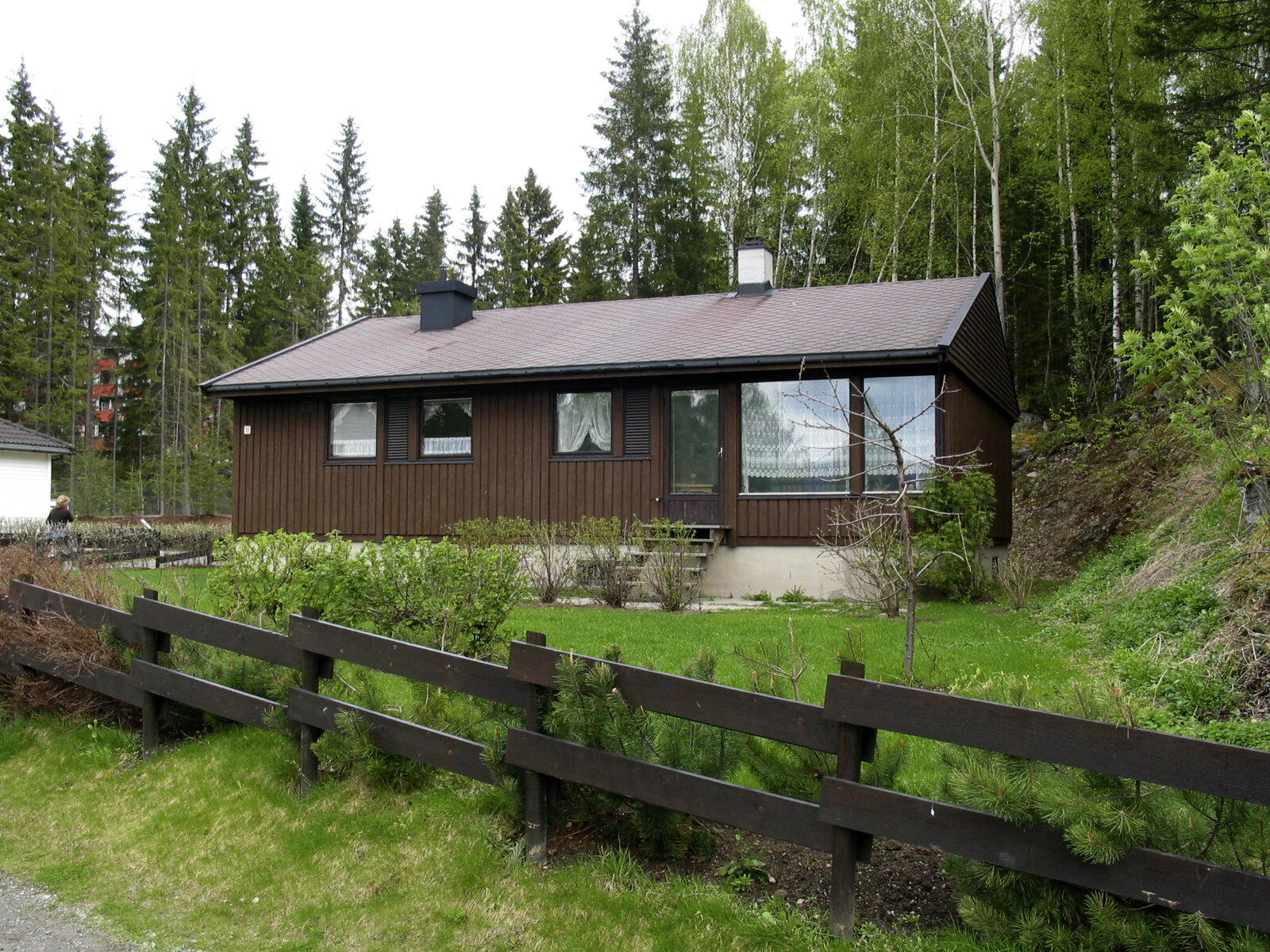 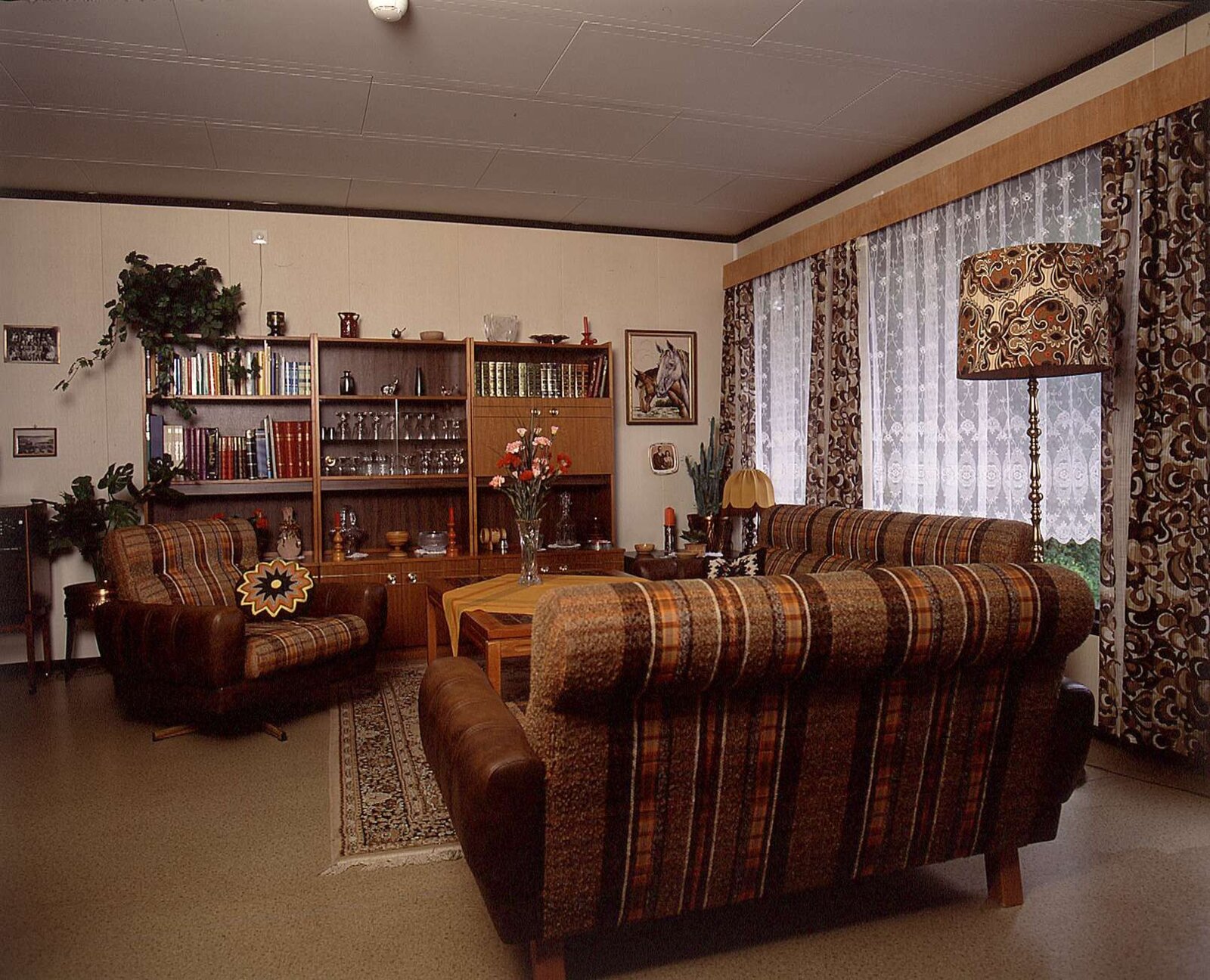 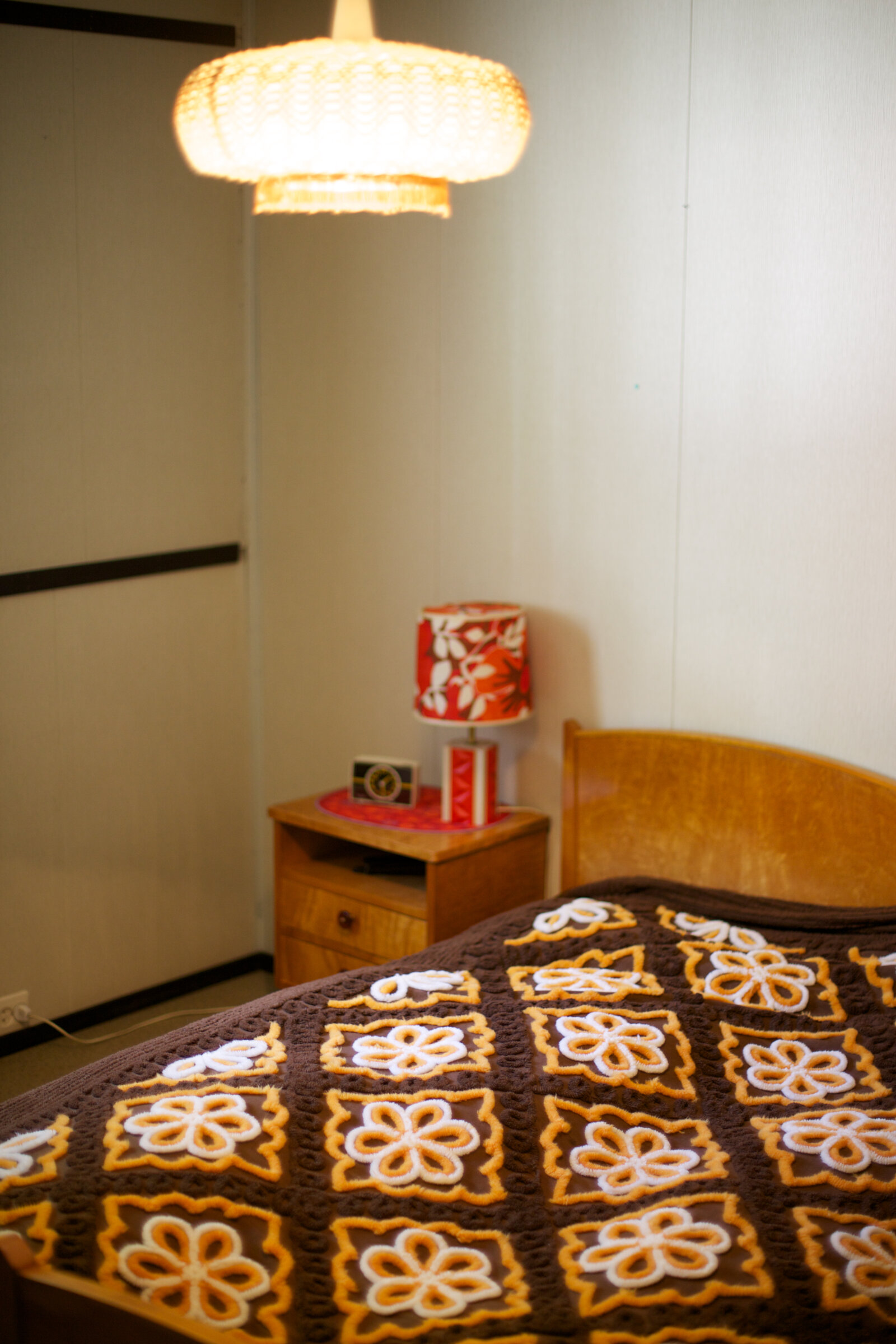 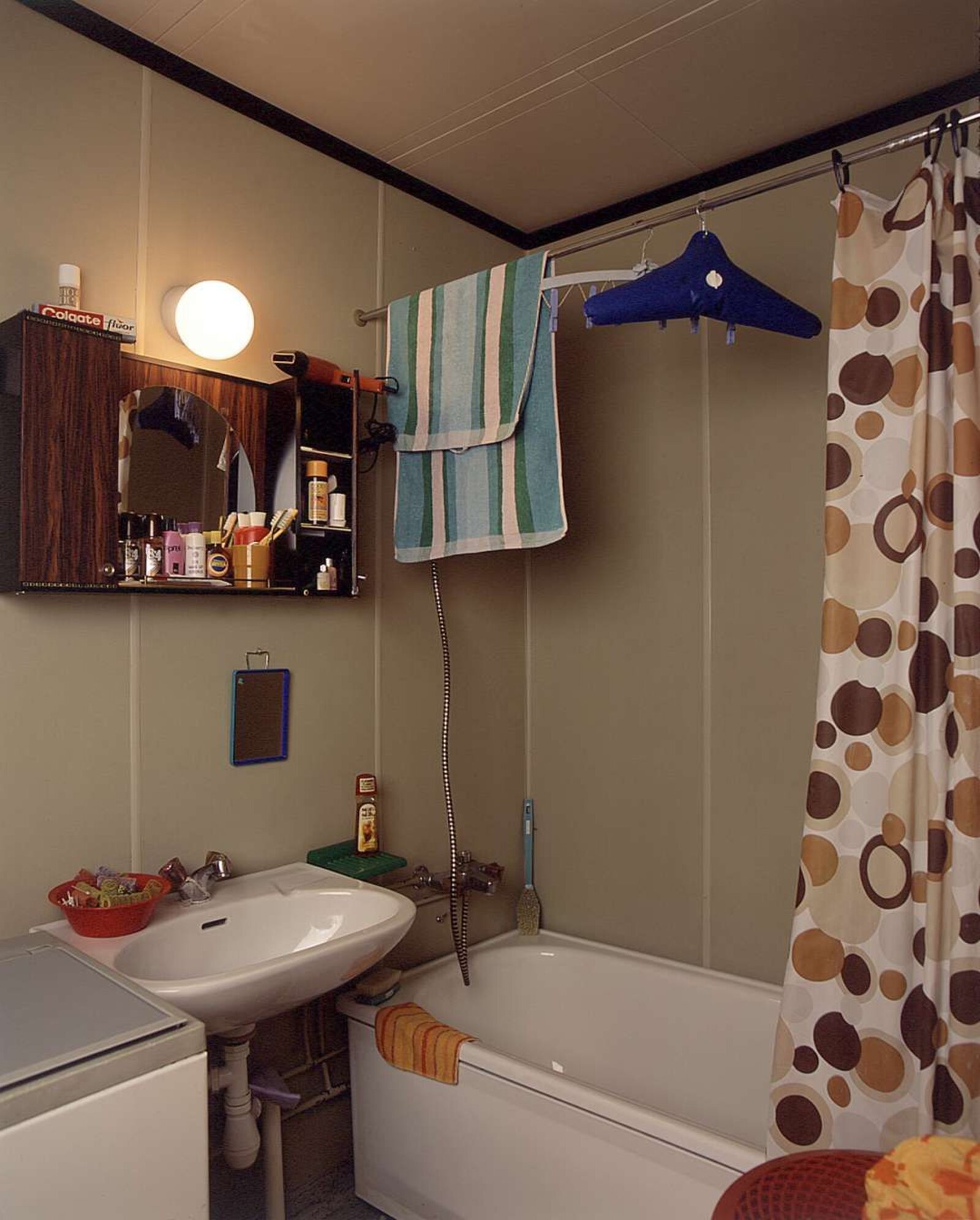 Prefabricated houses became the norm during the 1970s. The largest producer was Moelven. This house is produced in four separate sections that were delivered complete from the factory The foundation wall was ready, so all you had to do was to connect the water and electricity and lay the bricks for the chimney. This was completed in one day.

The family who lived here consisted of a mother, father and a son aged 15. The two older children had moved out. The house is called Moelven Senior. The colour is brown, the fashionable colour of the 70s.

Indoors too, the 70s colours are strongly evident - brown, green and orange in large, often powerful patterns. Even the white goods have been given colours. At this time people wanted green, brown or yellowy brown fridges and cookers. The latter colour has been chosen here. The TV has entered the living room and is placed centrally. So has the Stressless chair from Ekornes. A colour TV and a Stressless for dad, what more could you want?