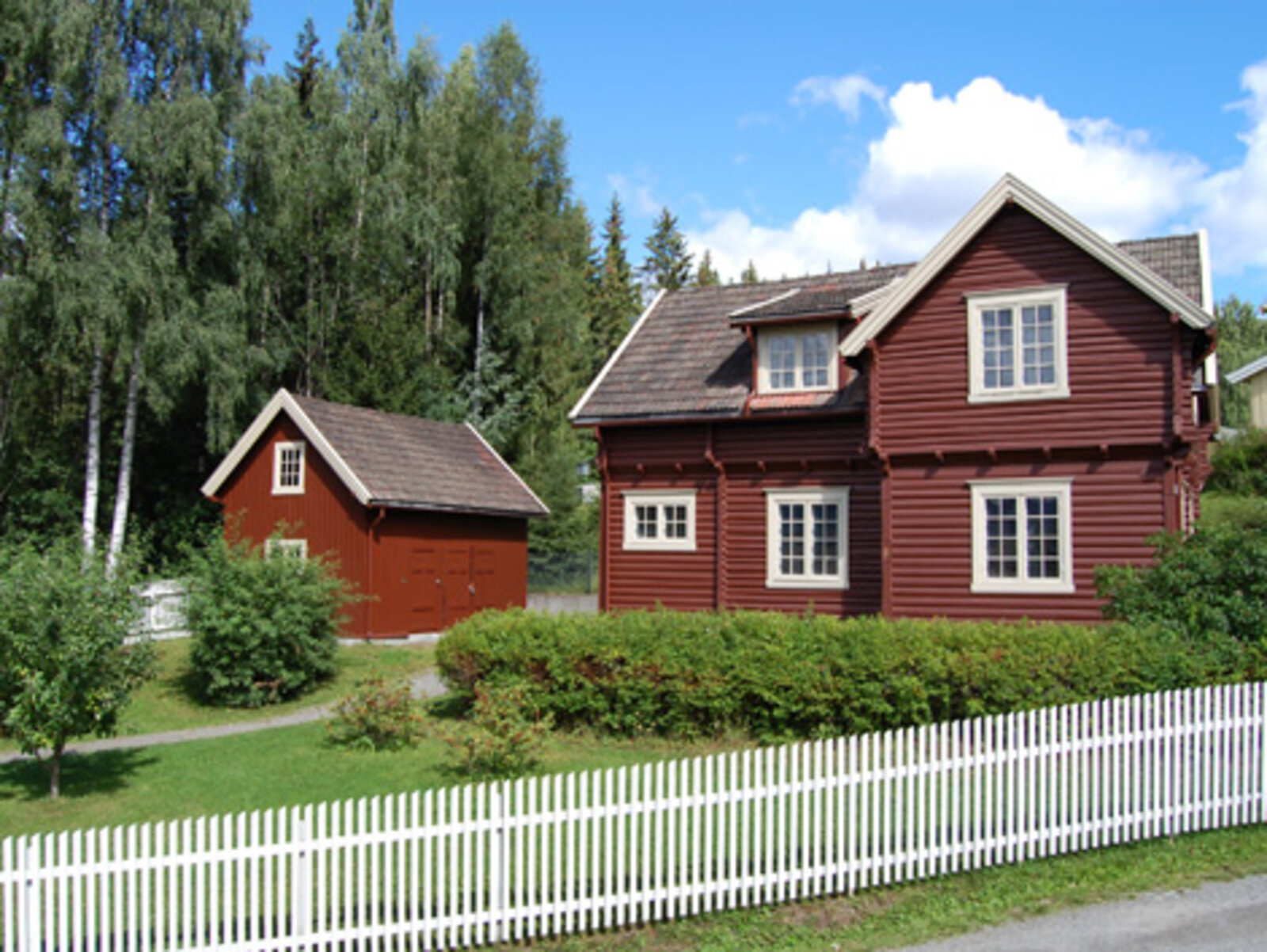 The house from the 1920s is a log house with cogging joints. Photo: Kåre Hosar/Maihaugen. 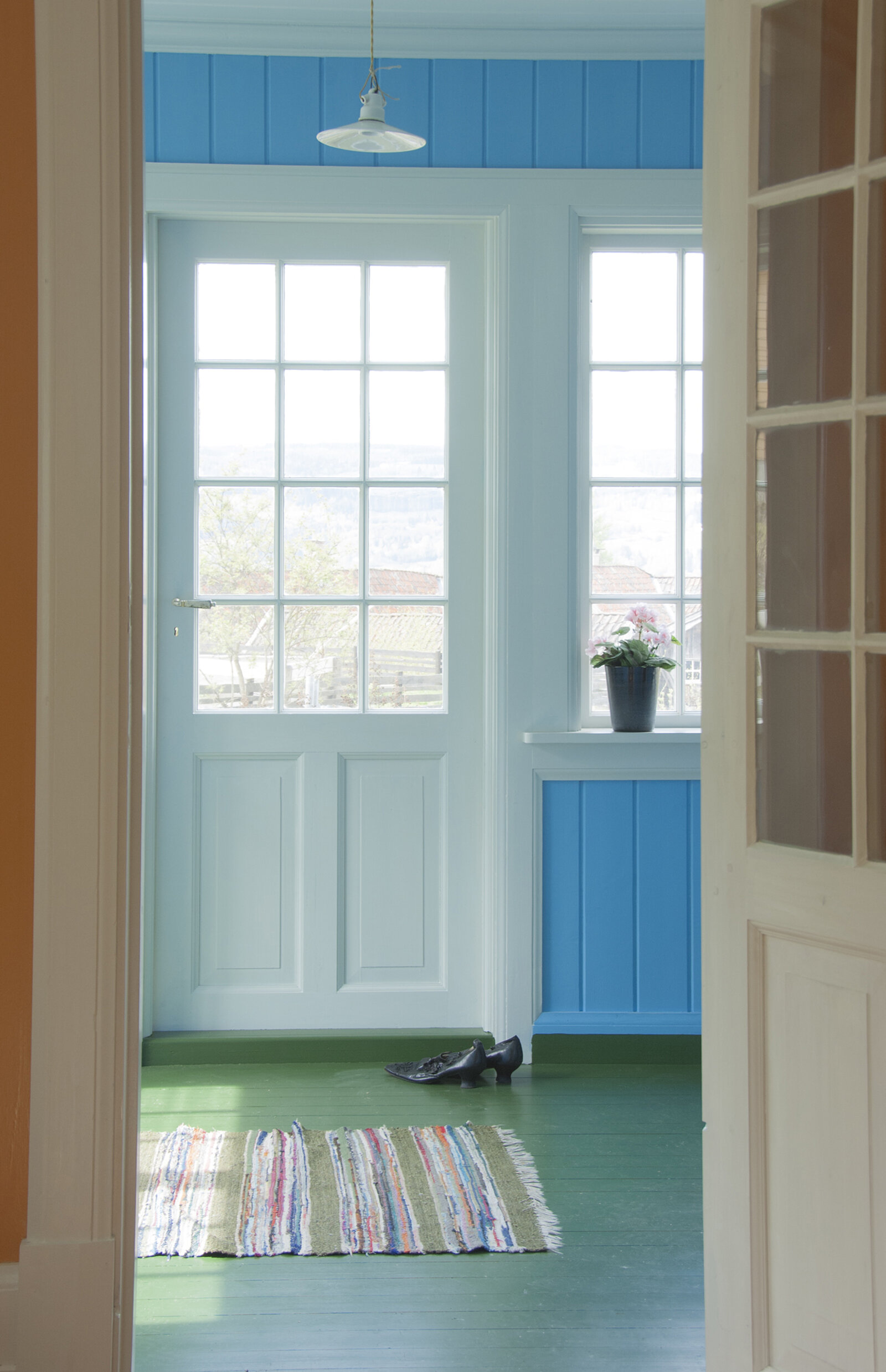 The house from the 1920s is colourful and beautiful inside. Photo: Camilla Damgård/Maihaugen. 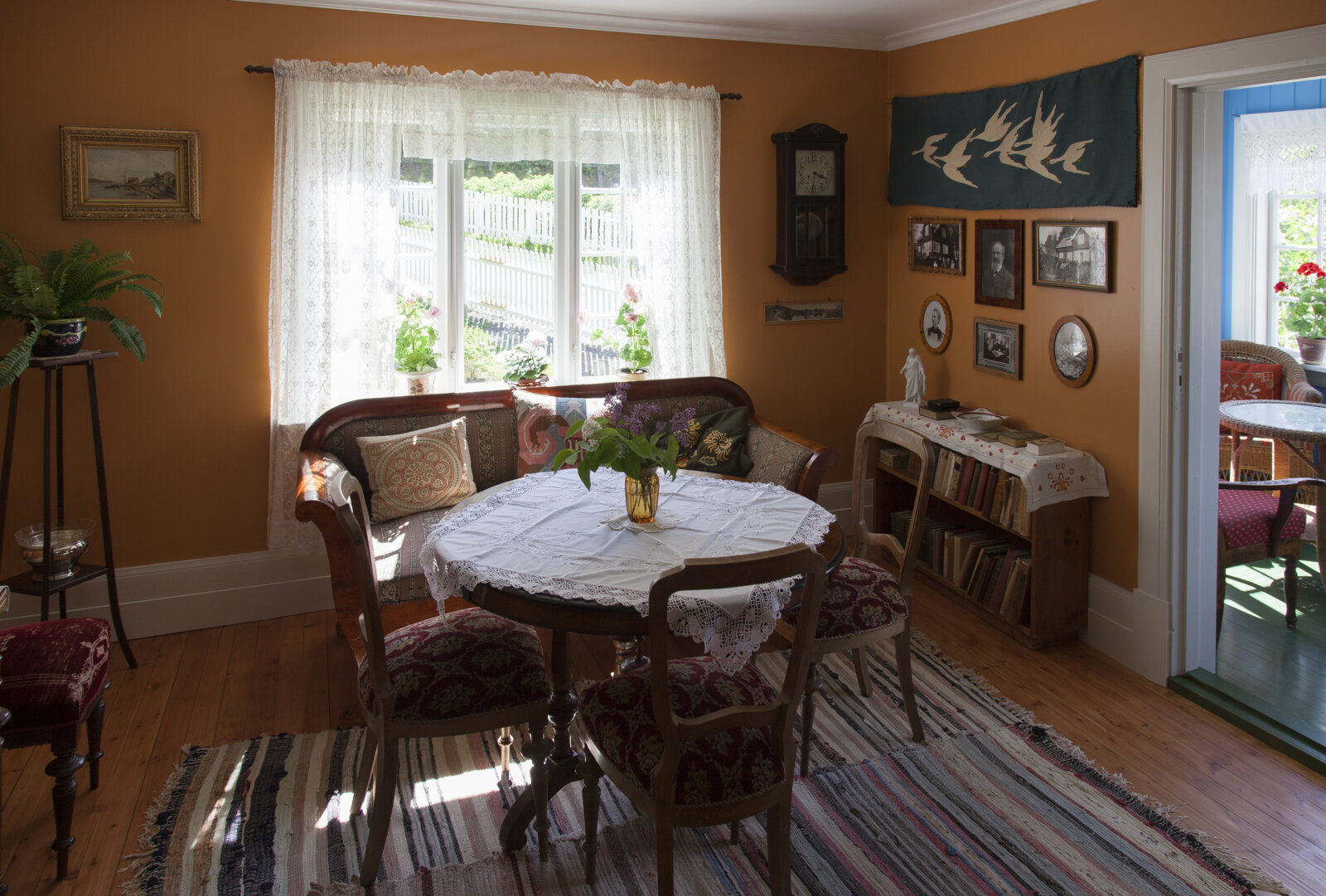 The living room in the house from the 1920s. Photo: Audbjørn Rønning/Maihaugen. 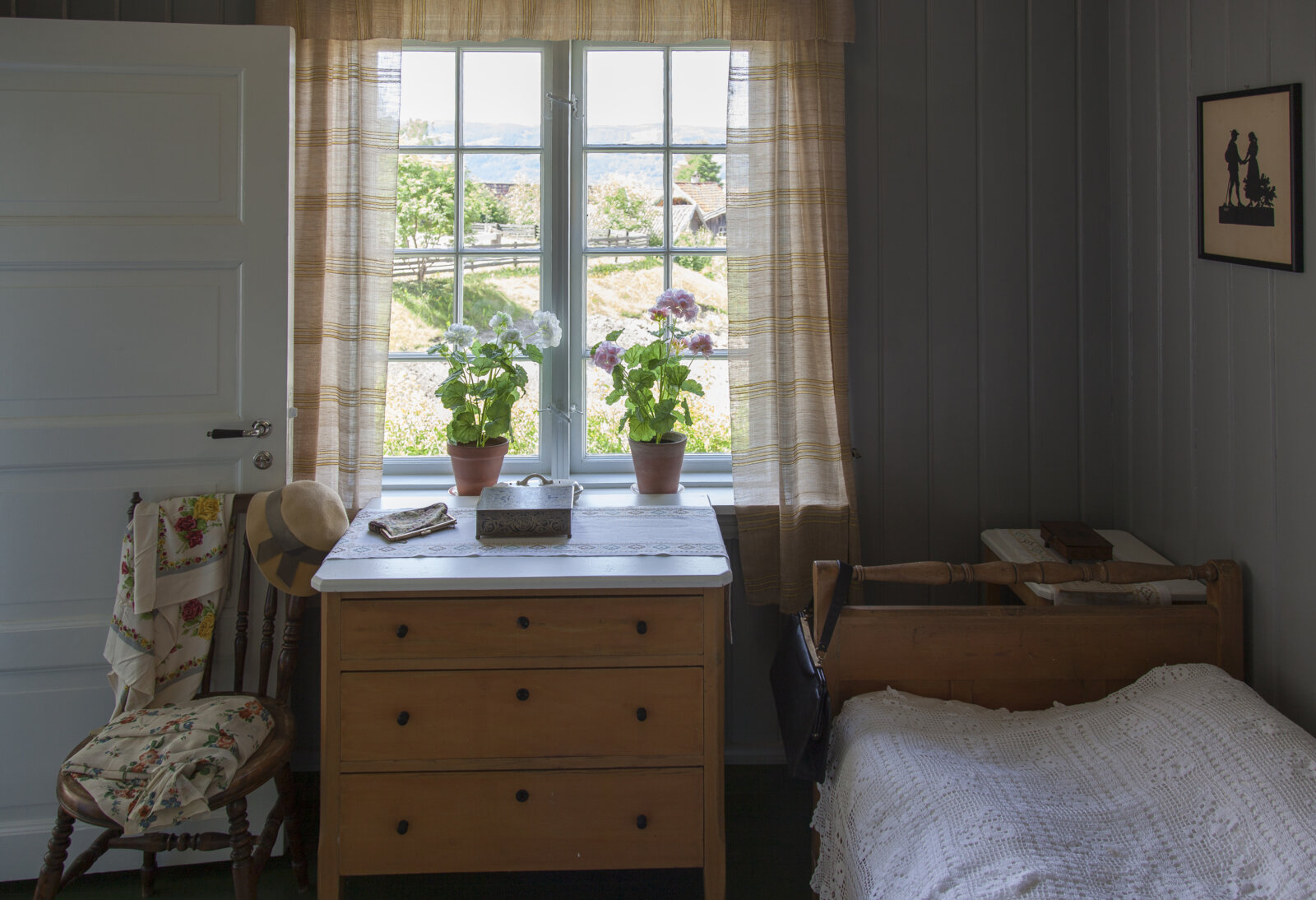 The bedroom belonging to the single lady who used to live here; she rented out the 1st floor. Photo: Audbjørn Rønning/Maihaugen. 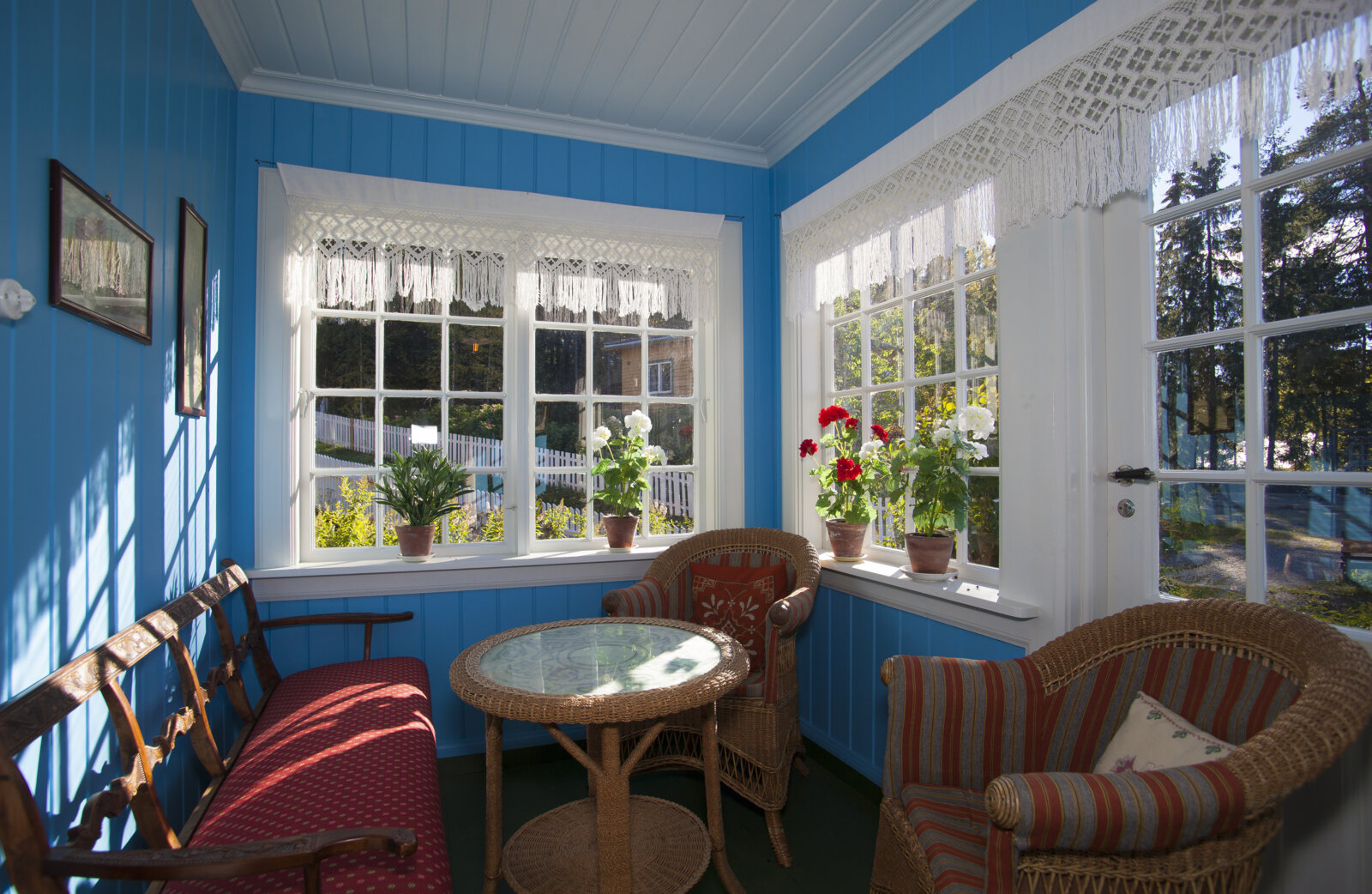 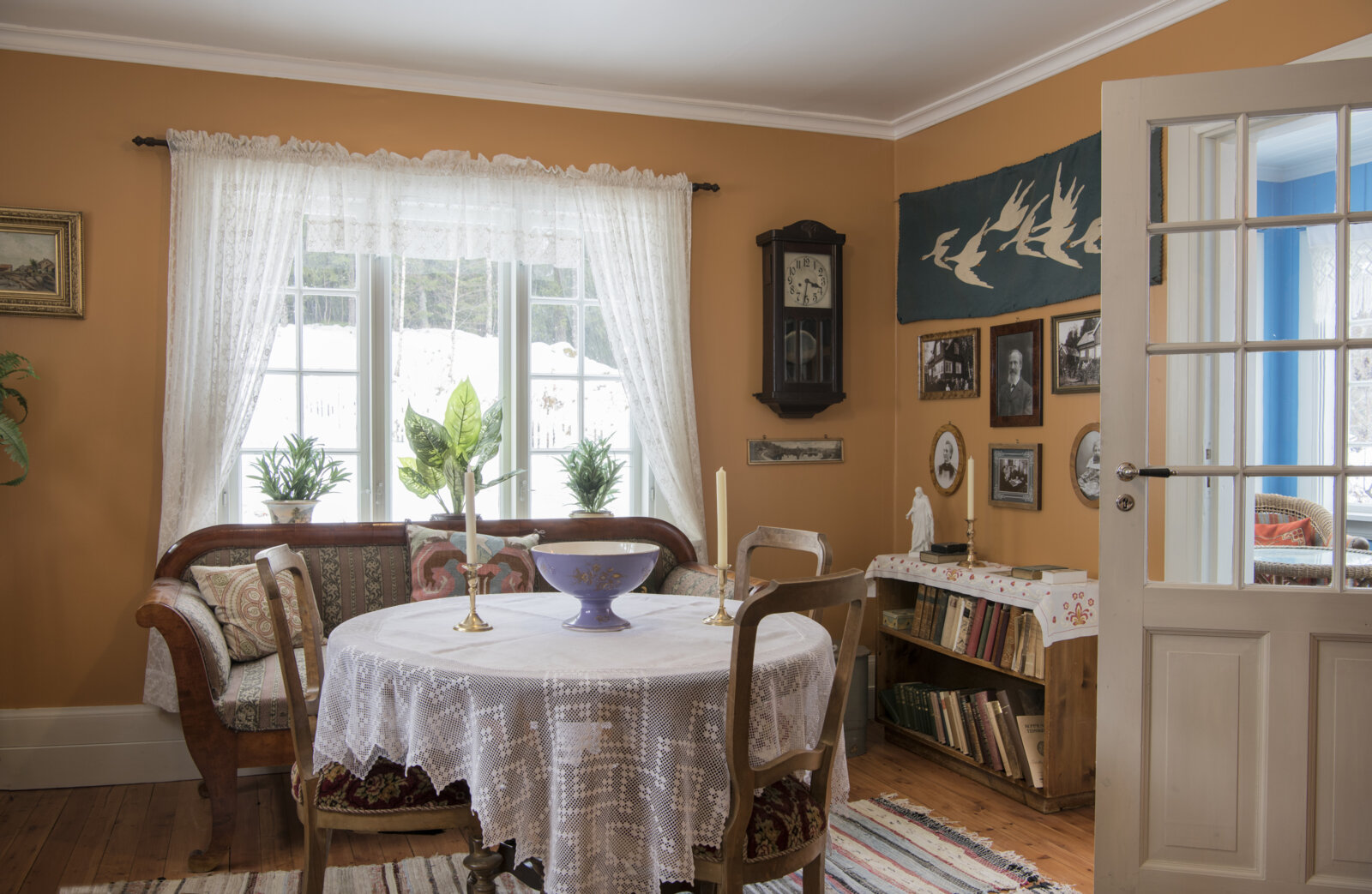 The living room in the 1920s house, with the glassed-in veranda through the door to the right.

The little reddish brown house is the first furnished home we arrive at in the road from the 1900s. The house was opened during the summer of 2015 and is the last house to be opened in residential area.It is a log house with cogging joints, with a timber framed entrance. This is an old method of building, but log houses with cogging joints were popular in Lillehammer shortly after the dissolution of the union with Sweden in 1905. The feeling of nationalism was strong, and in addition Maihaugen was an important source of inspiration.

An unmarried woman in her forties was the first inhabitant of the house. She only used the ground floor. The first floor was rented out. The house had water and electricity, WC in the basement, but no hot water tank. A wood fired oven in the kitchen was used for cooking. In addition she had an electric hotplate. She used to run a café in the Storgata, we therefore assume she did not do much cooking at home.

The house is characterised by strong colours. This is in line with the style of the time in certain circles. We see similar colours in Garborg’s home, Labråten, and Gerhard Munthe’s Leveld.

We imagine the sky blue garden living room must have been a wonderful place to enjoy a cup of coffee.