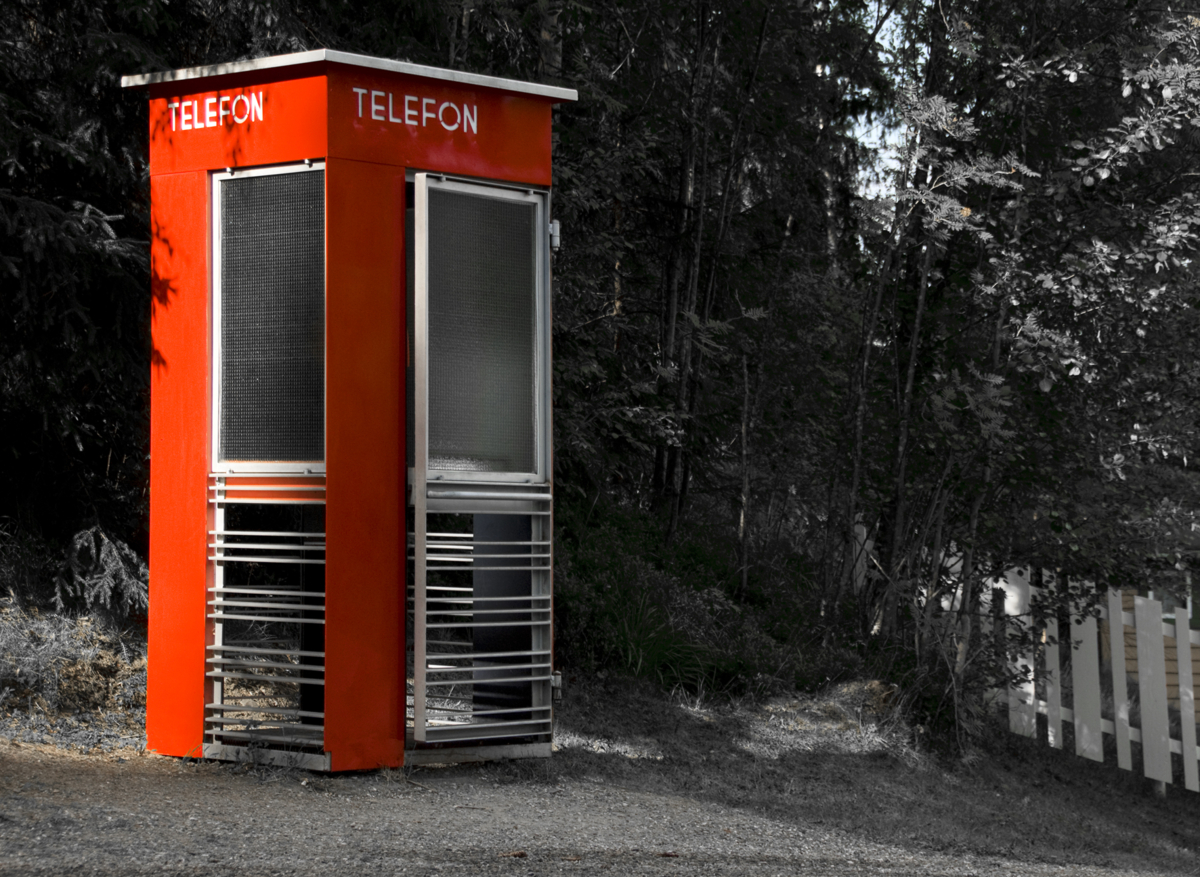 The well known red telephone booth is one of the best examples of functionalist design. It is the result of an architectural competition arranged by Oslo Telefonanlegg in 1932. The winner was Riks, designed by the architect Georg Fredrik Fasting from Bergen.

The jury wrote the following about the winner: “No. 80 “Riks.” The draft shows a completely striking, simple solution to the task, which in both a technical and aesthetic way is well worked out. It solves all the problems of the programme in a satisfactory manner. The author has hit the mark both in the layout and the build. The draft has such a shape that the booth can be placed almost anywhere. The user guide can be put over the telephone and the suggested method of hanging can also be approved. The door must open outwards.”