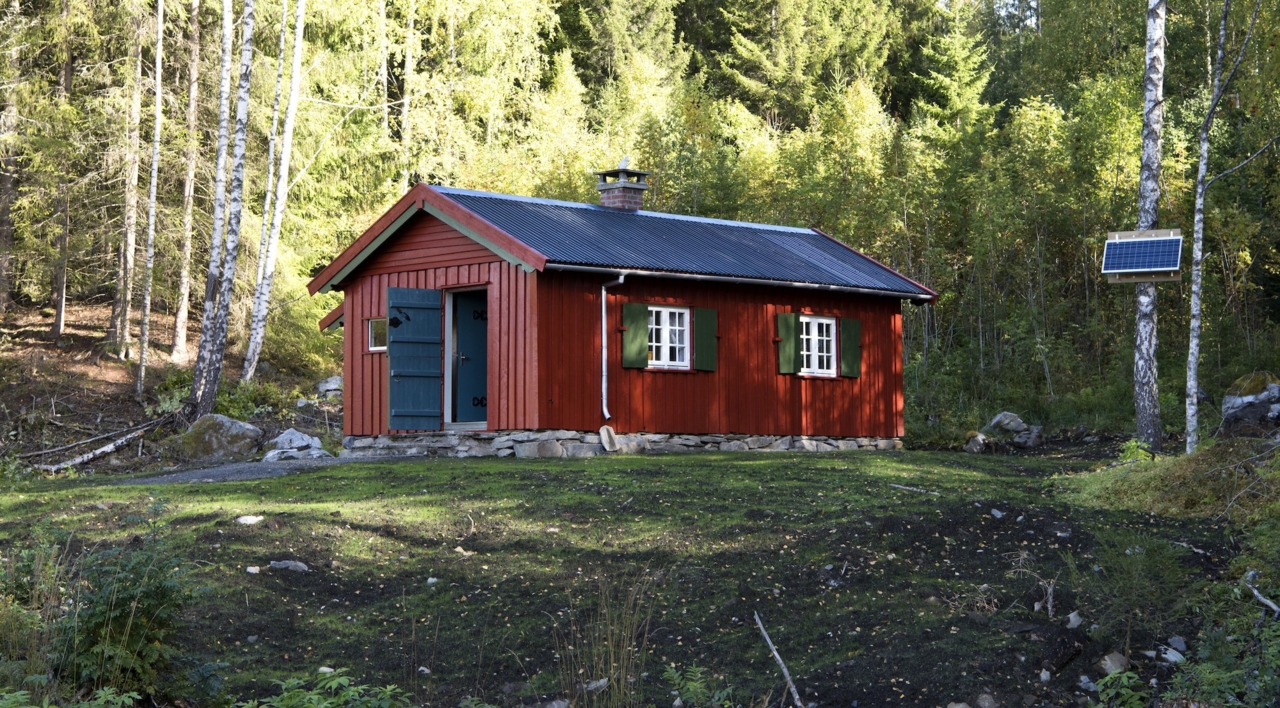 The cabin is an important part of the Norwegian culture and outdoor life, and this part of the museum shows how the Norwegian cabin life has developed over time. You will find cabins from the last 100 years, both private and communal, from simple to more modern and luxurious standards.

The Cabin section shows the development from old mountain farm buildings to modern cabins,  the story of  the Norwegian dream to own a cabin and  Norwegian leisure and outdoor life in modern times.

Mountain farming was mostly done at summer, but the modern cabins are used all year around.

When the mountain farms were established at Maihaugen in 1937, the museum's founder Anders Sandvig explained the purpose of it by the locals' strong attachment to the mountains.

The Kinck’s Cabin is from Øvre Syljuberget in Mesnali, Ringsaker. Mesnali became  a popular holiday resort towards the end of the 19th century, after the railroad opened to Lillehammer in 1894. The author Hans E. Kinck and his family used Mesnali as a holiday resort from 1911 to 1926. On the ground floor there is a kitchen, a dining room and a small room for the housemaid. On the first floor are bedrooms, a living room with a fireplace and Hans’ study and bedroom.

Myklebu (1965) is from the Fåvang mountain in Ringebu municipality. Moved to Maihaugen in 2016. During the years after the second world war many cabins were built. Most of these were small with two rooms, a living room and a sleeping room,  just like Myklebu.

Vy was built at Maihaugen in 2018.
Vy is the name of a type of cabin delivered from the company Leve Hytter in Øyer. It is drawn by the architect  Einar Jarmund. The cabin is inspired by the historic buildings at Maihaugen with traditional turf roof and exterior with gallery similar to the old timber buildings. The cabin has three bedrooms, two bathrooms and a kitchen that is integrated in the living room. There are built more than 500 cabins like this one, most of them are located by the ski resorts.

This cabin from 1959 is from Nordseter, Lillehammer municipality and was moved to Maihaugen in 2019. The cabin was built by a trade union at Raufoss Industries. After the law on public holiday was effected in the 1930’s, the factory employees needed a place to stay during their holiday. Many union cabins and company cabins were built in Oppland county.
This union cabin is an example of this tradition and a result of many construction phases and voluntary work hours.

Gråhøgdbu is from 1967 and was located at the Venabygd mountains, Ringebu municipality.
It was moved to Maihaugen in 2021 and consists of a main cabin and a small emergency shelter, with eight beds all together. The cabin had to be moved to protect the raindeer in the area, and was replaced by another cabin at a different site.
Gråhøgdbu represents the network of cabins run by The Norwegian Trekking Association. These cabins, together with the T-marked walking paths, has been the most important infrastructure for mountain tourism in Gudbrandsdalen. Gråhøgdbu was a part of the route that ties the mountains in the southern part of the valley together with Rondane and Dovrefjell.