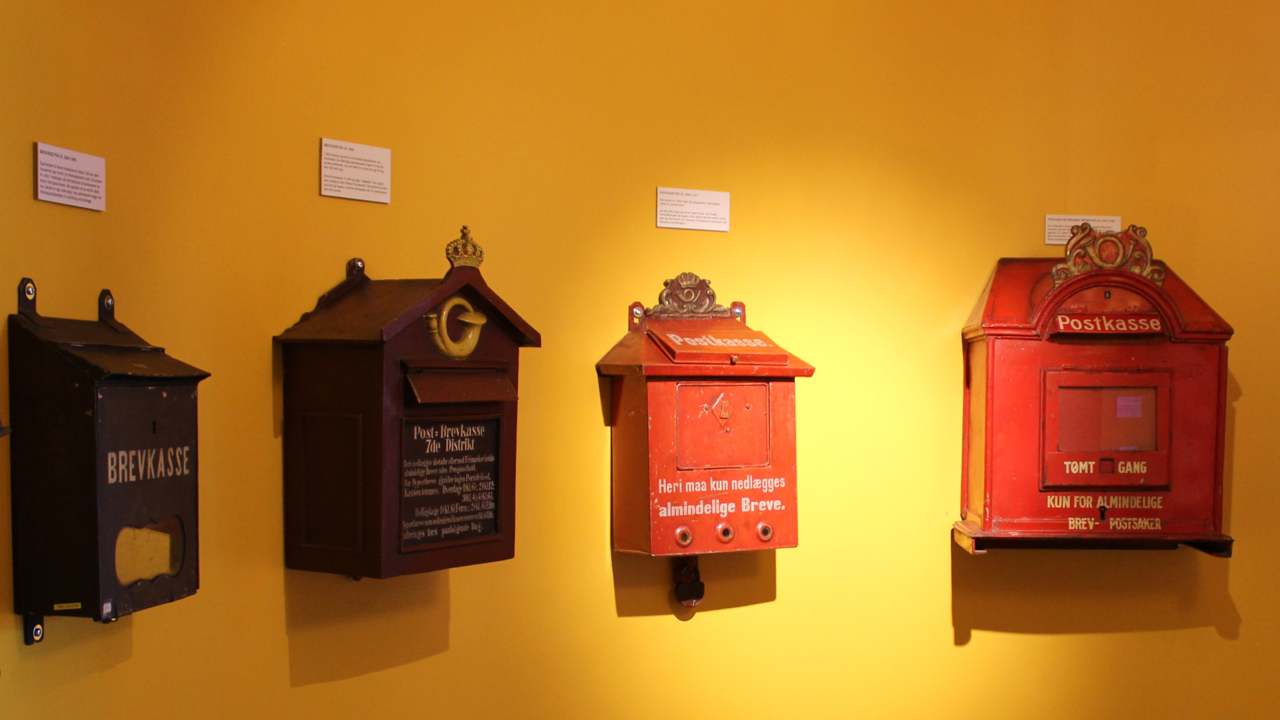 Maihaugen / Exhibitions / The story of the mail box

The story of the mail box

We all know the red mail box where you open a hatch to put in the letters you want to send.

This exhibition shows a selection of mail boxes and mailing systems from The Norwegian Postal Museum's collection.

The Norwegian mail boxes are considered to appear around the same time as the introduction of stamps in Norway.  In 1855 it was decided that small, black letter boxes were to be hung outside all mailing places.

After a while the mail boxes became red, as we know them today, also decorated with a crown and a post horn symbol.  Since then they have kept the characteristic look.

The Postal service has always adapted to the society, as you can also see on the mail boxes where the models have changed according to the society's demands of efficiency and saving of time.

The exhibition is to be seen on the second floor at in The Norwegian Postal Museum in The Town at Maihaugen.